After spending twelve days in England, we went on our way to what became one of my favorite cities in the world, Amsterdam.

I didn’t think that I’d enjoy this city more than Rome or Venice or even Paris but it was just so full of culture and I absolutely enjoyed the feel of the city!

We took the Eurostar train from London St. Pancras to Bruxelles-Midi Station and took the Thalys train from Bruxelles-Midi to Amsterdam Centraal Station. The whole trip took around 4 hours and it was really convenient. Just arrive 30 minutes before your departure to give time for immigration and baggage checks. I booked our tickets a few weeks before our trip and got it for GBP 78 each. It would’ve been cheaper if we got it a few months before. 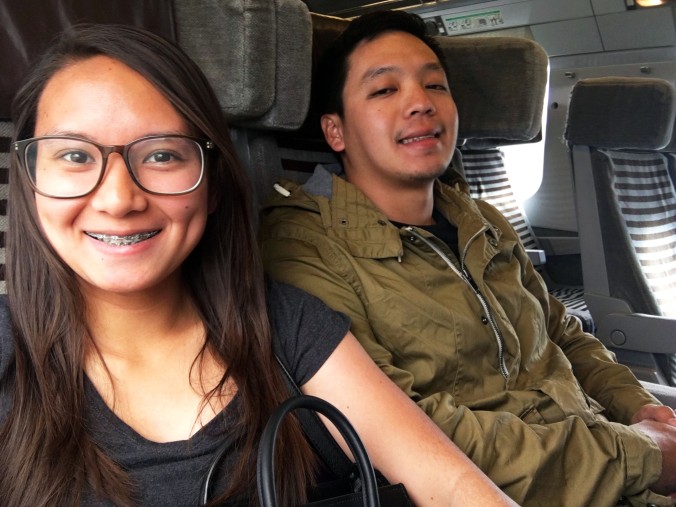 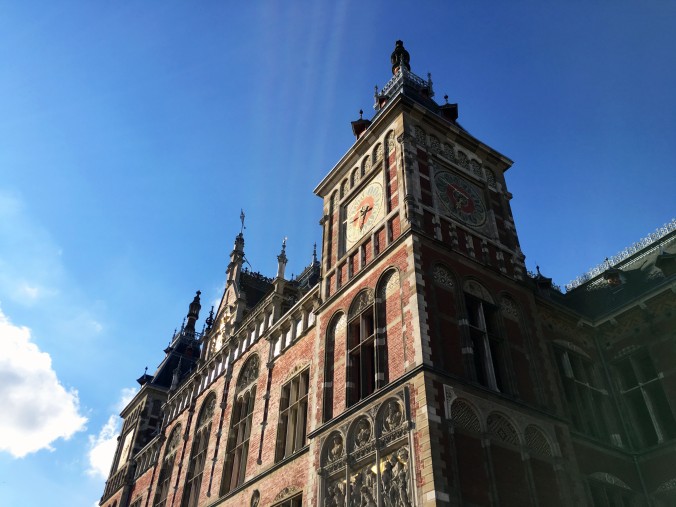 When we arrived at the Amsterdam Centraal station, we got a little confused because we were wondering why we didn’t go through immigration or customs. I guess we didn’t need to go through them anymore. Also, our Three sim can’t be used in Amsterdam. We didn’t have any data so we just asked for directions at the information booth.

We stayed at the Urban Lodge Hotel. I don’t usually advertise the hotels that we stay in but this was a really nice hotel and the price was not too bad. It’s a 600m walk from Amsterdam Sloterdijk station (which is just one train stop away from Amsterdam Centraal Station) so it got a little tiring to walk home at night after a full day of walking but I would’ve still picked this hotel over any hotel in central Amsterdam. The hotel looks modern and new. Hotels in central Amsterdam look really old and the rooms are small and expensive.

We hurriedly got ready to explore the city after we checked in. Amsterdam is a very bike-friendly city. No wonder there were this much bikes parked outside the Amsterdam Sloterdijk station. 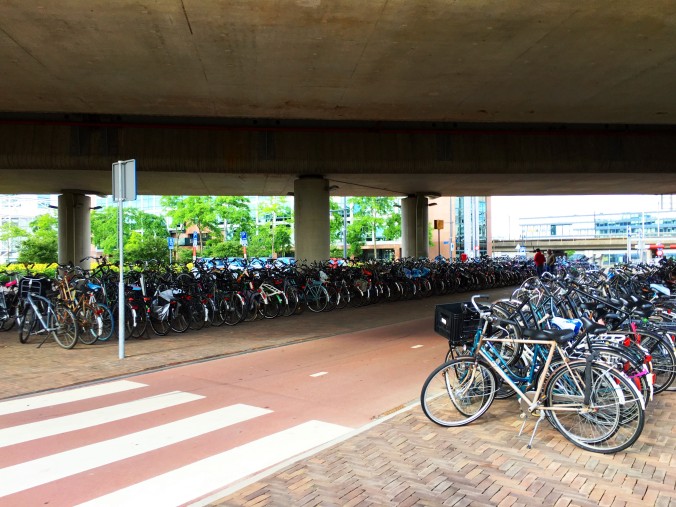 We finally arrived in central Amsterdam and our first order of business was to get a snack because we were so hungry! We passed by Febo and ate Kalfsvleeskroket. Lol It was actually good and cheap too. This was why I loved Amsterdam. It has a variety of food and there are a lot of cheap food options. 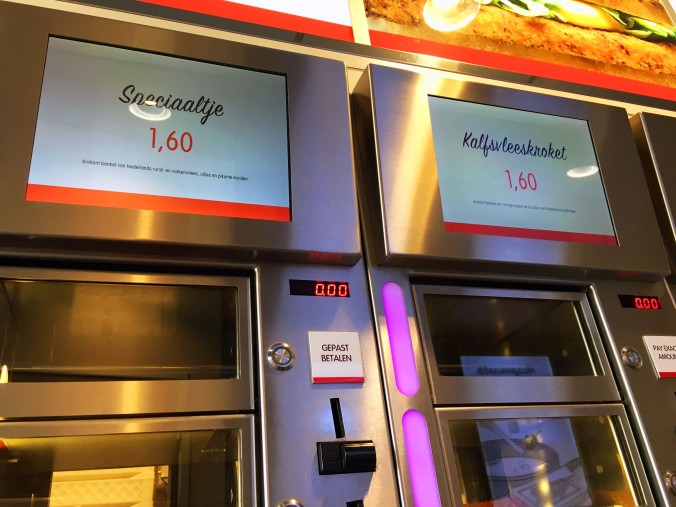 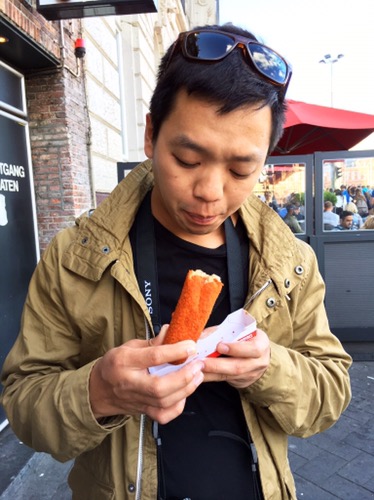 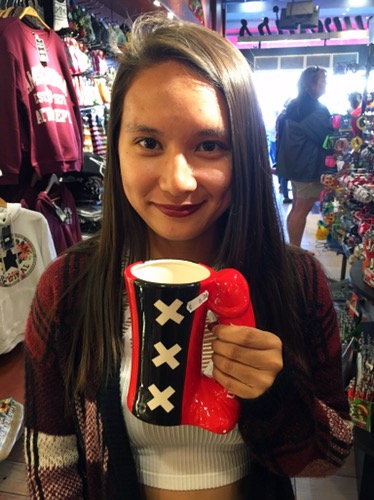 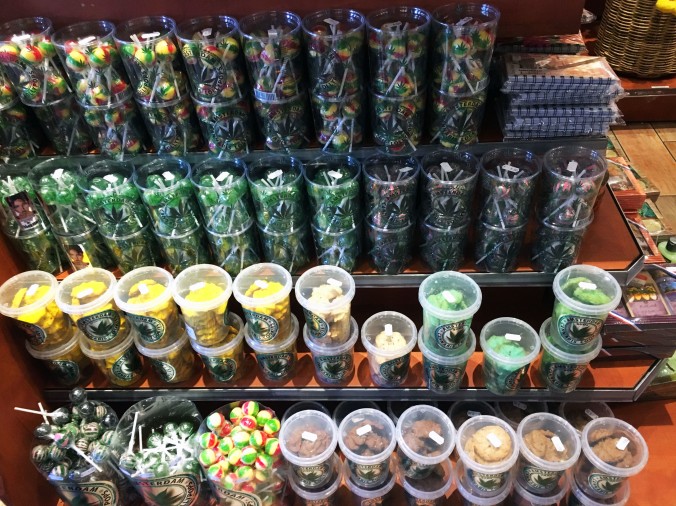 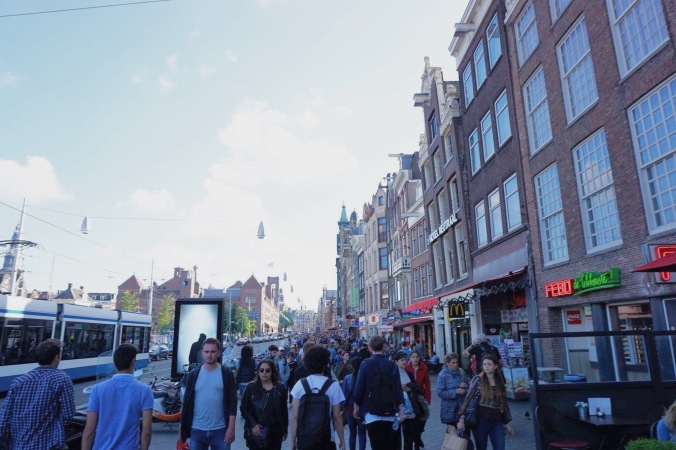 We walked through Damrak Avenue and passed by the Sexmuseum. The tickets were cheap (€3, I think) and we got curious of what’s inside so we spontaneously bought tickets and went in. 😋 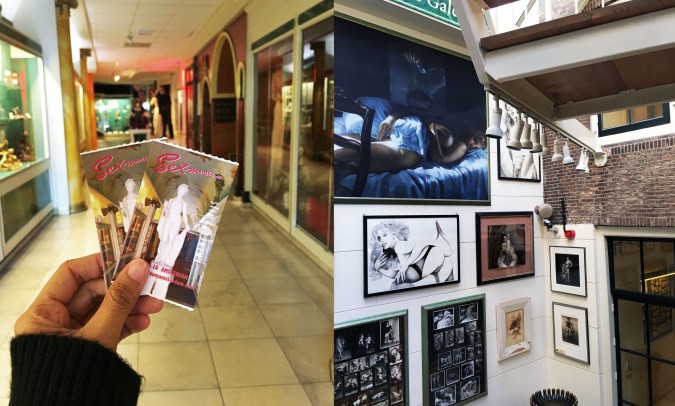 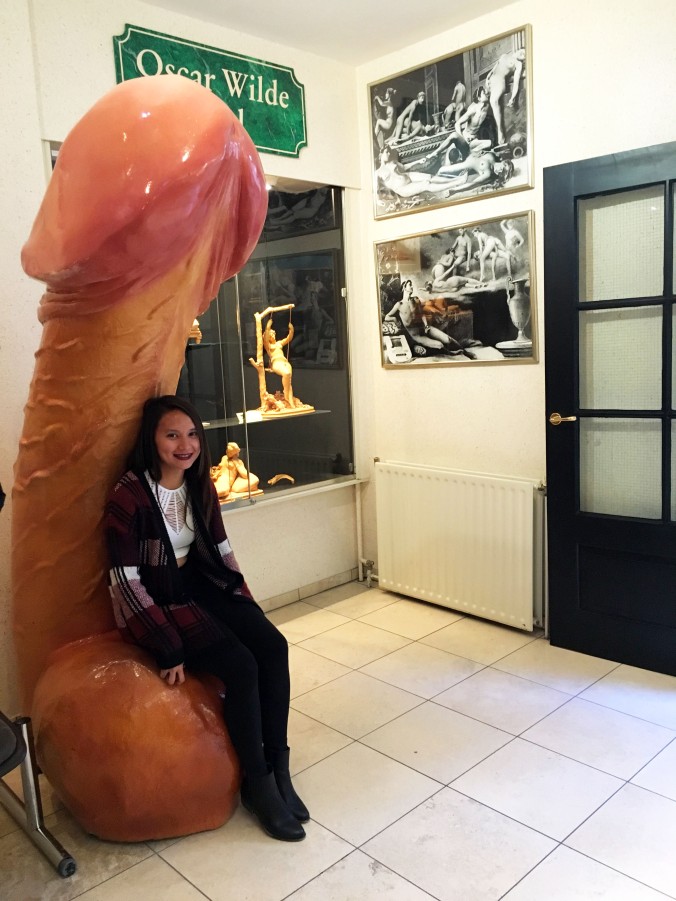 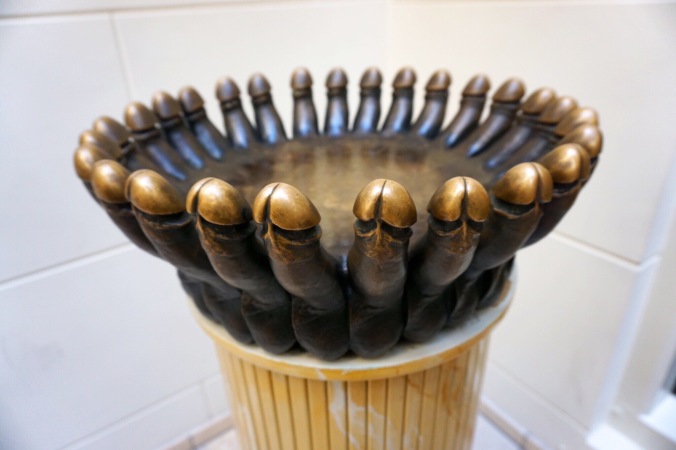 It was full of paintings, exhibits, sculptures and stuff about sex and its history. The museum was just small, just like all other mini museums in central Amsterdam but it was well worth it for its price. We then walked through the small streets after visiting the museum and  they all looked like this. Their small alleys were full of little shops and cafes.  It was so pretty. 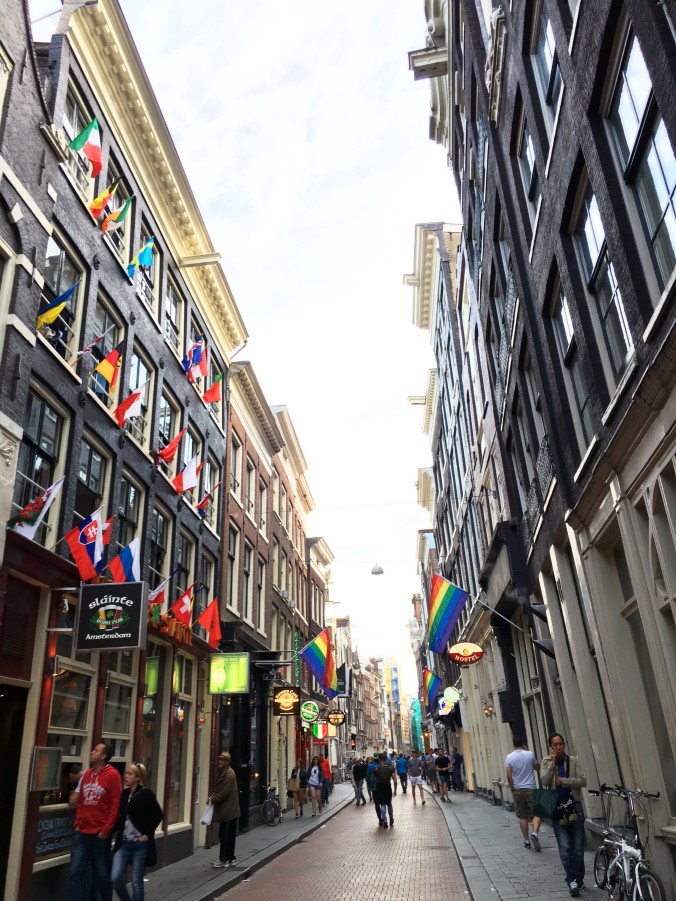 There were also a lot of marijuana related items for sale  including this one, the cannabis ice cream. We bought one to share but we ended up throwing it to the trash because my boyfriend told me that it had too much weed. I have only consumed weed in a pizza once before in Cambodia and that didn’t end up well so my boyfriend was really cautious  about what I consume. Haha Got to taste one bite of the ice cream and I actually didn’t like it. It tasted like grass. Lol 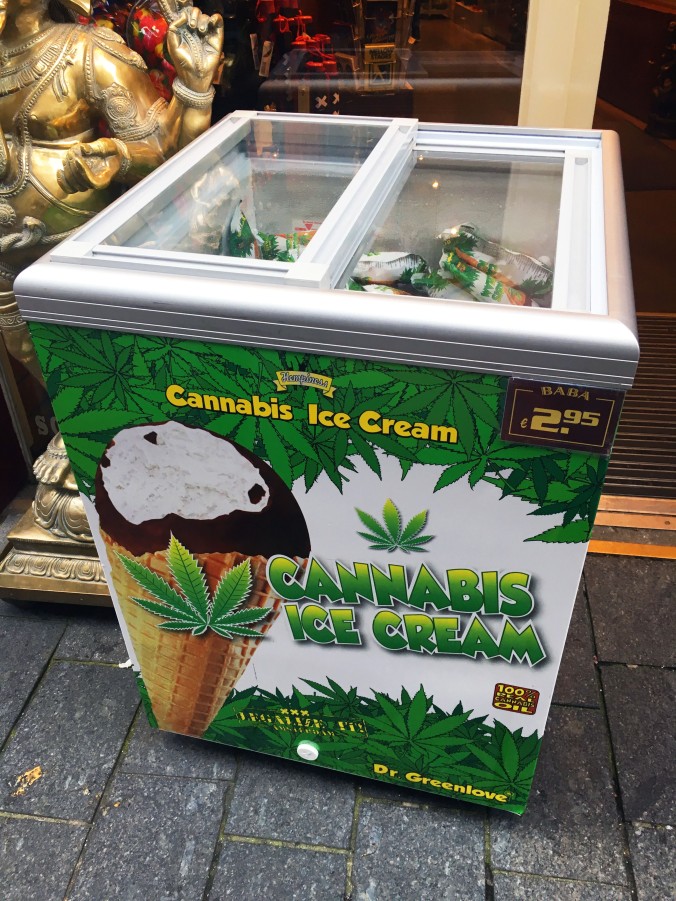 We then got hungry (again) and found this little Wok noodle place.  Loved how much variety of food were available in Amsterdam. Our Asian selves got excited to eat Asian food again after just eating sandwhiches and burgers in London. 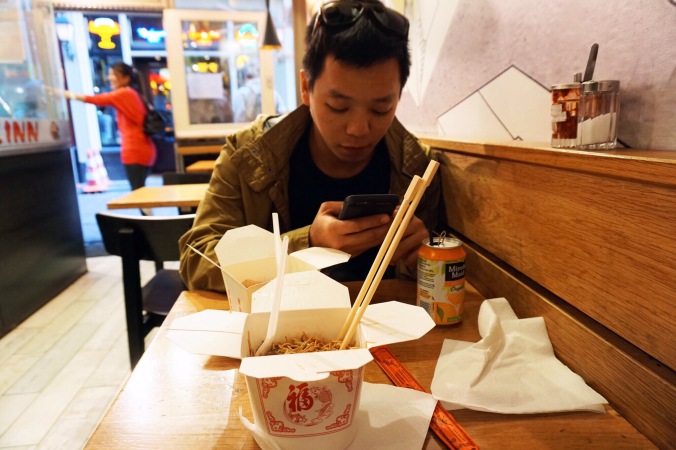 The best part about travelling in the summer are the long days. Our day was not over yet! We walked through the streets of the city and I just fell in love. 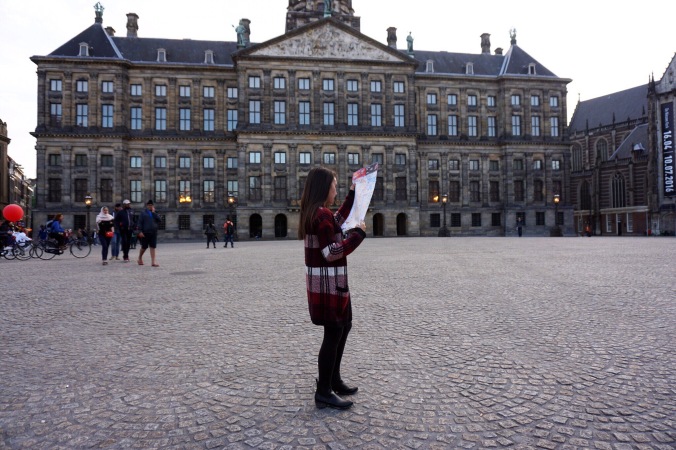 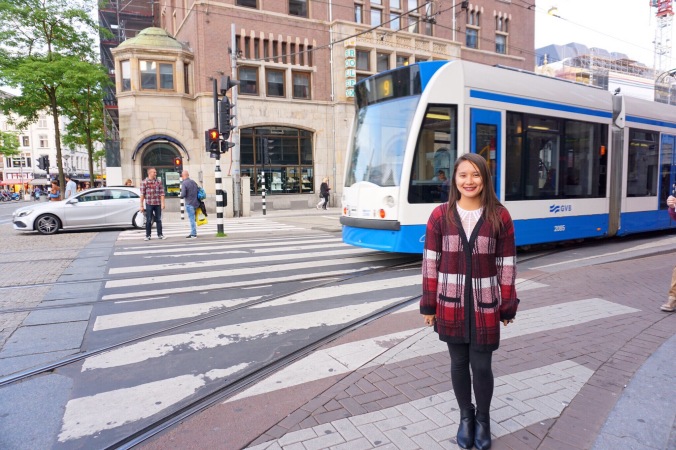 We found this funny store along one of the alleys, it’s called Condomerie and they have outrageous condoms for sale. They were closed that day so we just went back the next day. Lol We bought pasalubong for our friends here. Haha 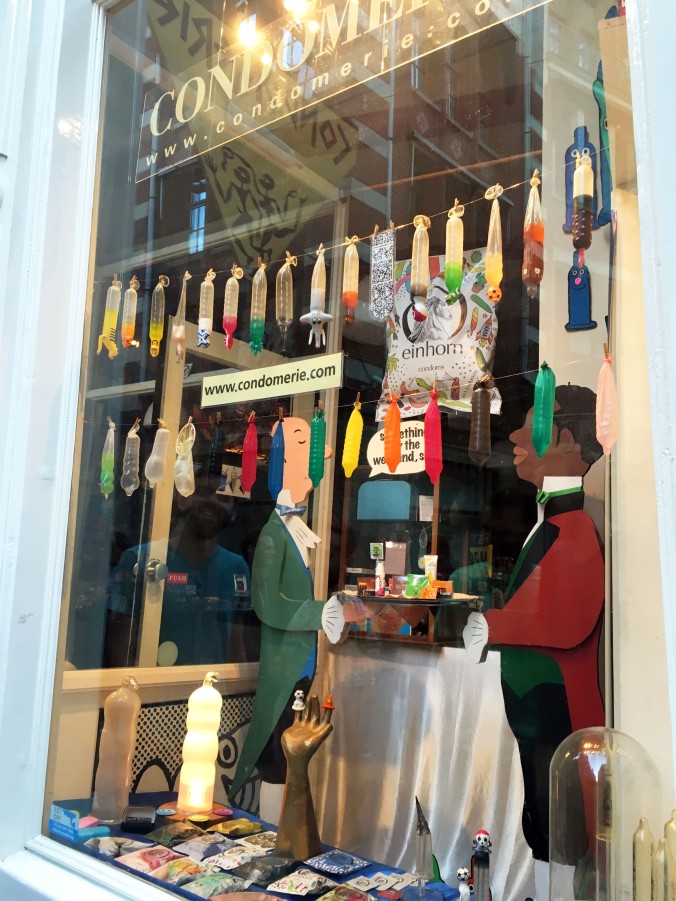 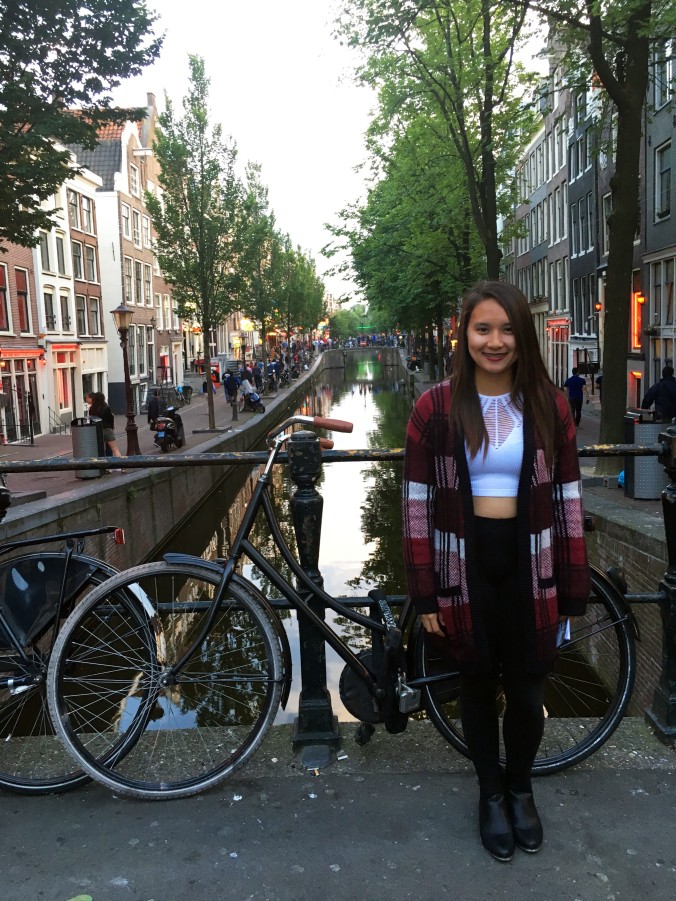 We went on our way to the Red Light District and there were already a lot of  girls inside windows, open for business. 😉 We’re not allowed to take photos of girls inside their windows. There was one story I read that the girls would throw your camera in the canals if you get caught taking photos of them. We roamed through windows full of girls seducing customers to go in. Lol I found it really amusing. It was getting dark and we bought tickets to watch the Moulin Rouge. A lot of tour groups watch this show and it was a new experience for us to really see live stuff which is usually censored in movies here in the Philippines. Lol The theatre was just small but it was dark inside. We can’t take photos or videos inside the theater but the mini shows that we saw were entitled – Writing Show, Banana Show, Ribbon Show, Candle Show and Live Sex Show. lol The show was a little interesting because I don’t think I can see one in other places in the world but sometimes I just felt sorry for the girl.  But we went to the Prostitute Museum on our last day  and I kinda understood why they do what they do. 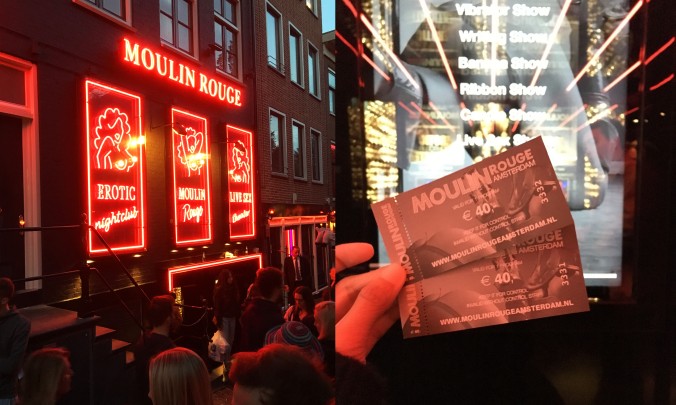 We ended our night at the Sex Palace Peep Show. Lol It’s a vendo type of peep show. A girl is stripteasing inside and we go inside a cubicle. We then insert €2 for our window to be opened. After two minutes, our window then  closes and we’d need to put another €2 for another two minutes. We then went around the place and there were also private cabins wherein you can  request a private show with a girl that you want. There was a screen  in between you and the girl so you’re only limited to watching the girl. The funny thing was there’s a roll of tissue inside. Alams na. Lol 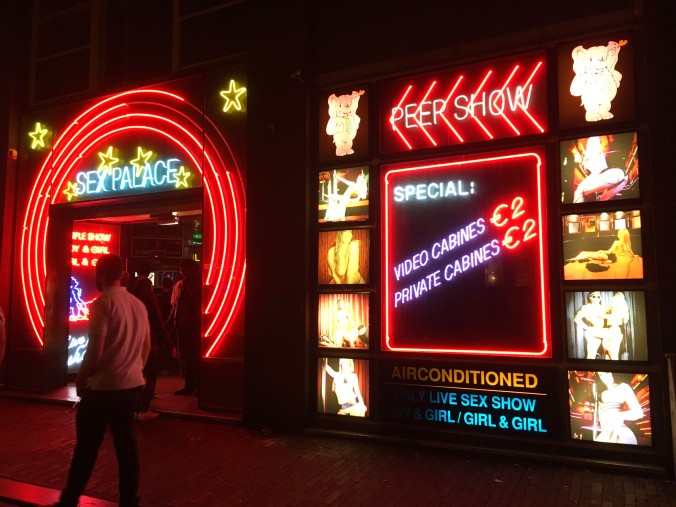 Our first day in Amsterdam was really interesting. We got to experience stuff that we would not experience in other parts of the world. We went back to our hotel tired but full of new experiences. Day 2 in Amsterdam is next!