We started our day as usual, with Breakfast at Tita Mona’s! 😉 It was shopping day so we had to bangil! lol Tita Mona’s menu for breakfast today was: Pork Adobo, Friend Eggs, Fresh tomatoes, Giniling, and Chocolate Croissant!

We walked to Rue de Passy from Tita Mona’s place and we found a store that sells really cheap Longchamp bags. Our friends bought a bunch. It was dead cheap. While our friends were shopping, Vim & I were photoshooting. lol We were saving ourselves for another visit to a Primark store. 😉 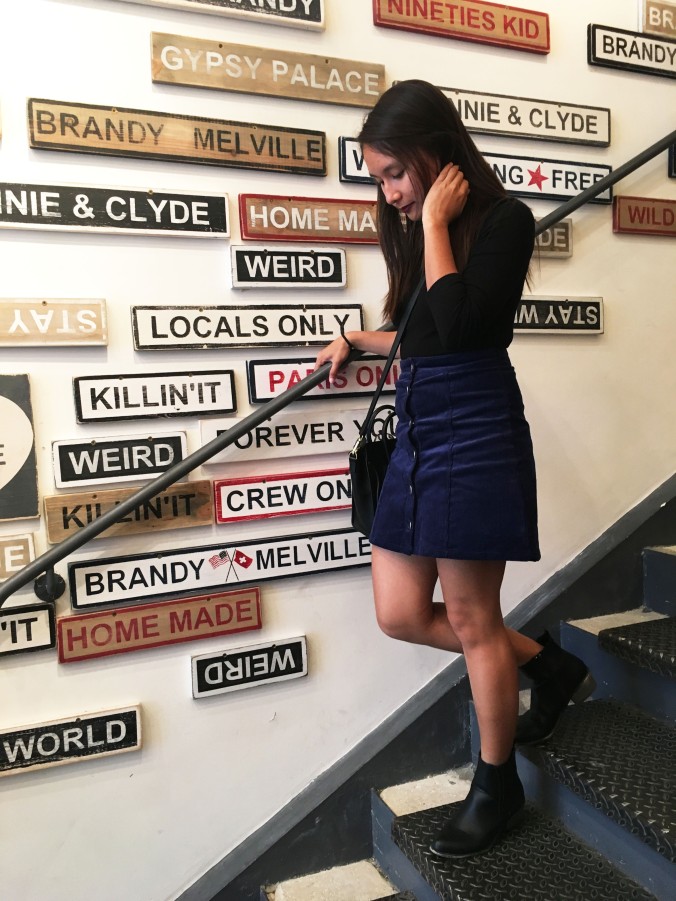 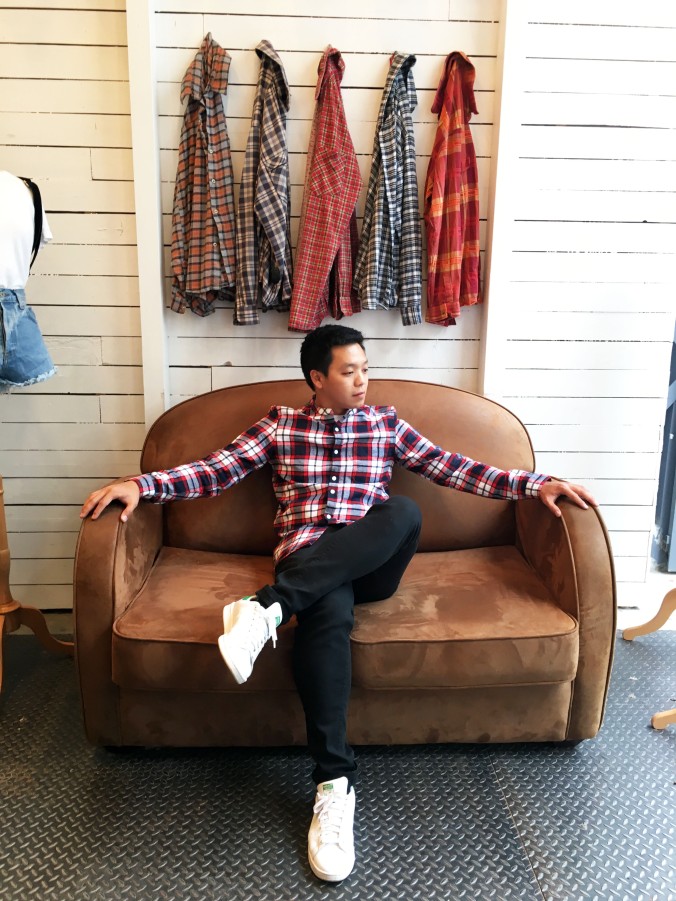 After walking along Rue de Passy, we went on our way to the Primark Villeneuve La Garenne store which was almost an hour away. Again being a tourist is no easy feat, especially if you’ve been touring for 18 days, like us. 😉 Here we are at the train to Primark. All tired and sleepy! lol

We spent the whole afternoon shopping. Primark was inside a mall so there were a lot of other shops there. We then went to Galleries Lafayette before heading back to Tita Mona’s. Galleries Lafayette had a lot of designer stuff but I did not plan on buying one so we just bought ourselves a luggage because our Primark haul wasn’t gonna fit in our current luggage anymore. lol It was time for dinner when we went back at Tita Mona’s place and she prepared yummy food again for us!! 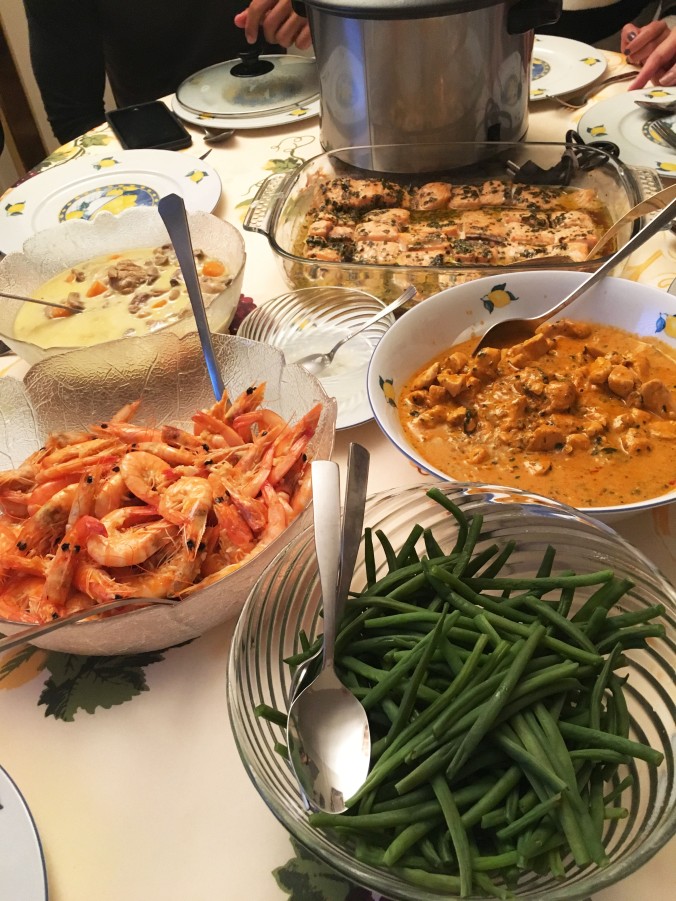 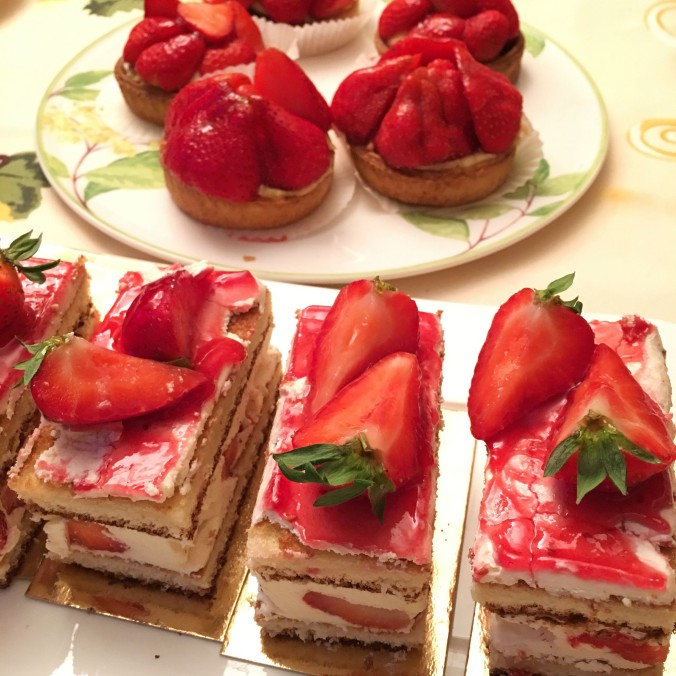 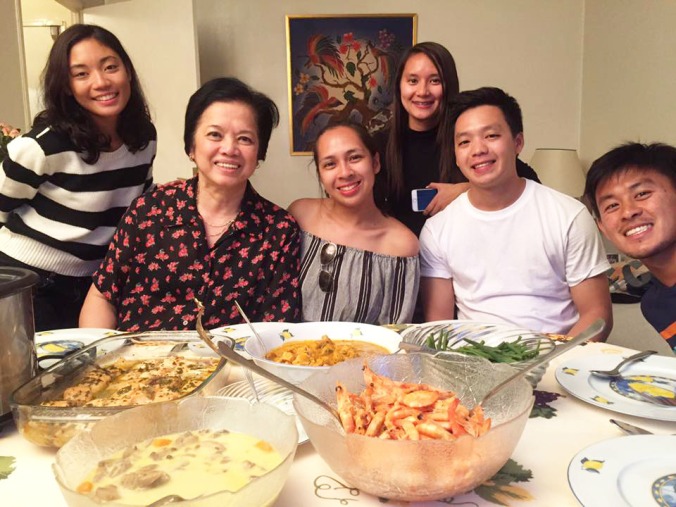 We packed our bags the whole morning and went straight to Tita Mona’s again for breakfast. We took a little trip to Champs Elysees and I had my baby cleaned at the Cèline store there for free. My bag definitely took a beating since I have been using it almost everyday on our trip. 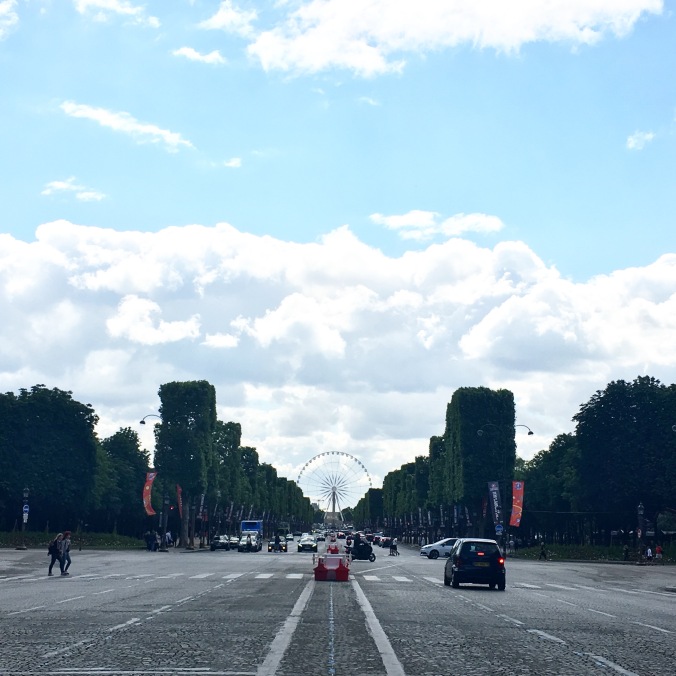 Walked through Champs Elysees and passed by Laduree! ❤ 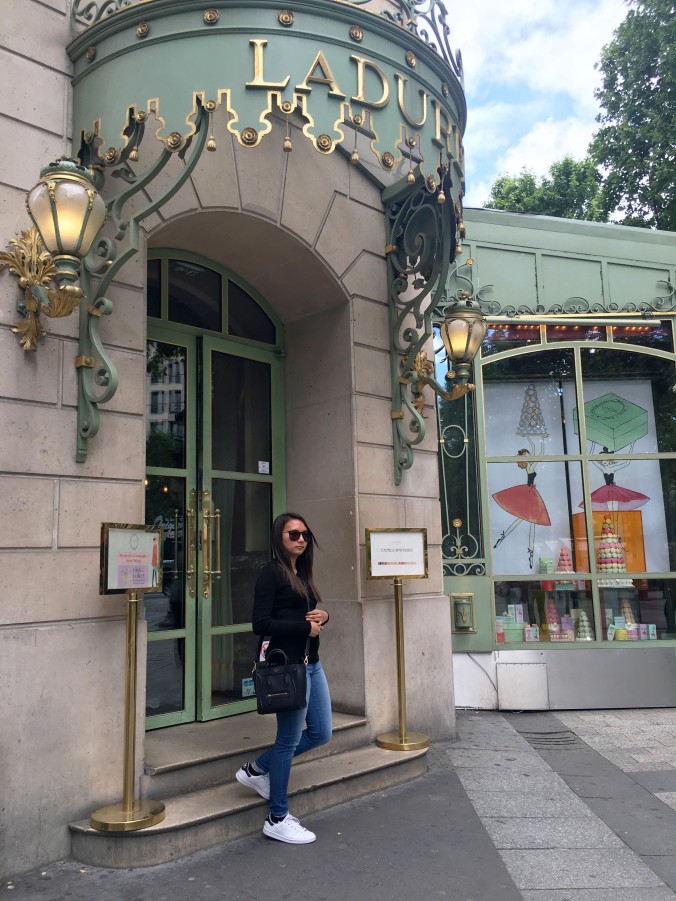 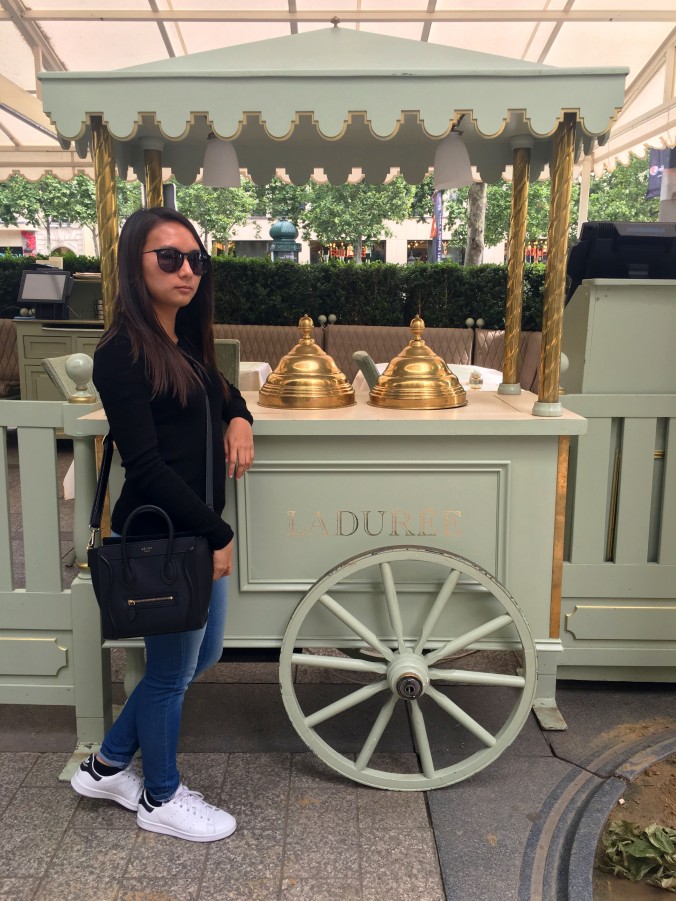 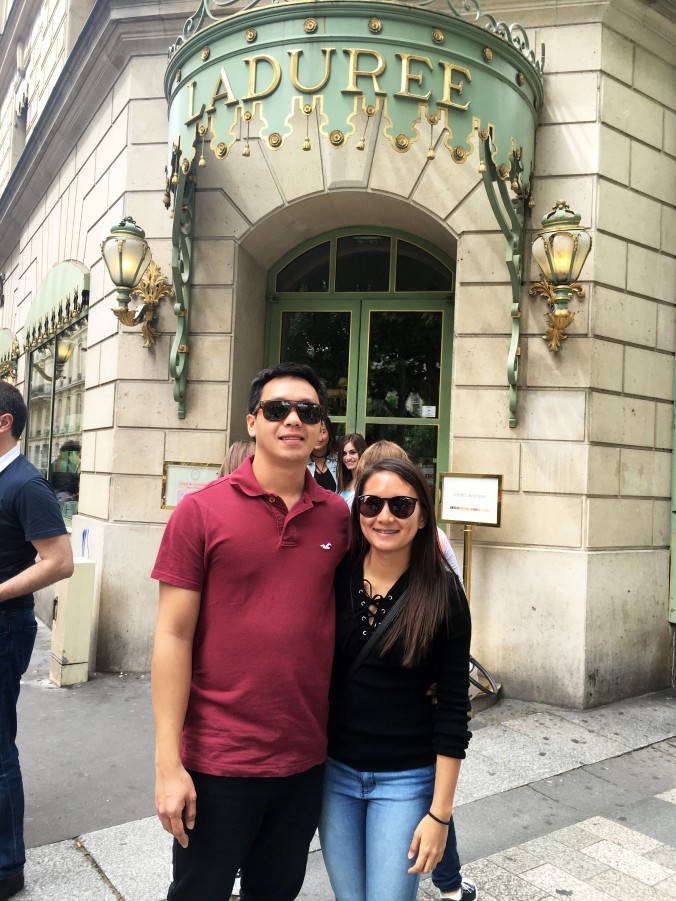 We had lunch at Tita Mona’s again and we had these for dessert! ❤ Cream puffs and eclairs! It couldn’t get any better than this. ❤ 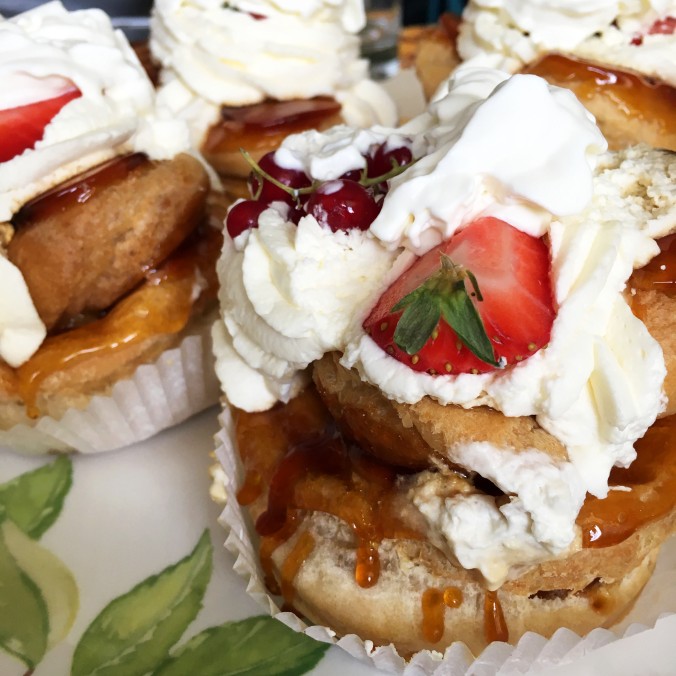 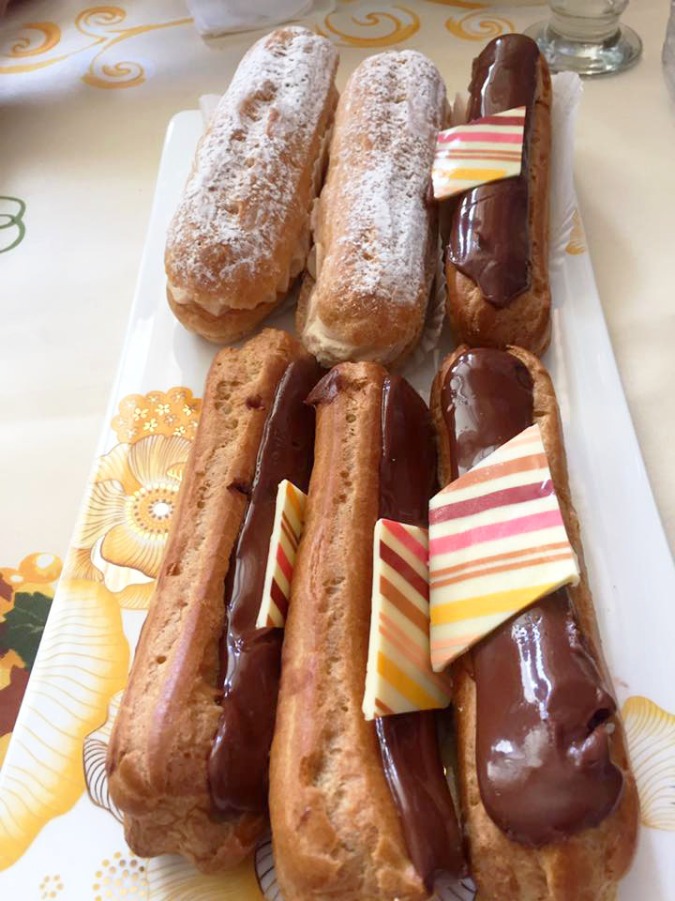 We slept the whole afternoon that day. lol We were dead tired. But it was our last night in Paris so we ended our night at the Eiffel Tower. We originally planned on watching the Eurocup there but we couldn’t find our way to where the game was shown so we just stared at the Eiffel Tower, popped a champagne and waited as the Eiffel Tower changed its colors. 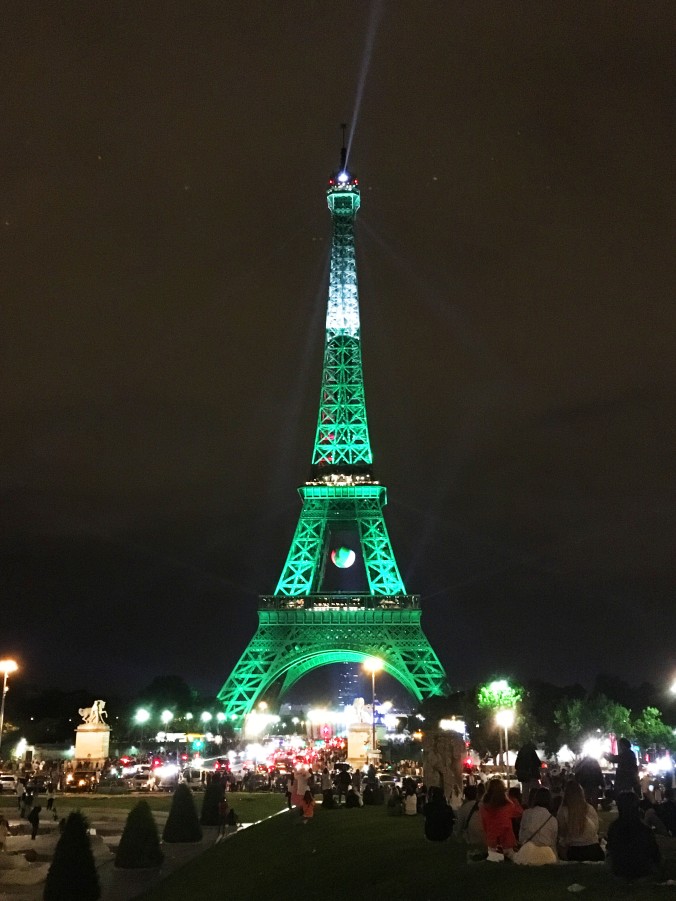 We were just there to feel the moment, to feel that we were really in Paris. We were actually in front of the Eiffel Tower, something that I thought I would only see in the movies. It was definitely surreal.

It was our last day in Paris before our overnight train ride to Venice. We just shopped for pasalubong. We took photos at cute backdrops along the way. #blagir 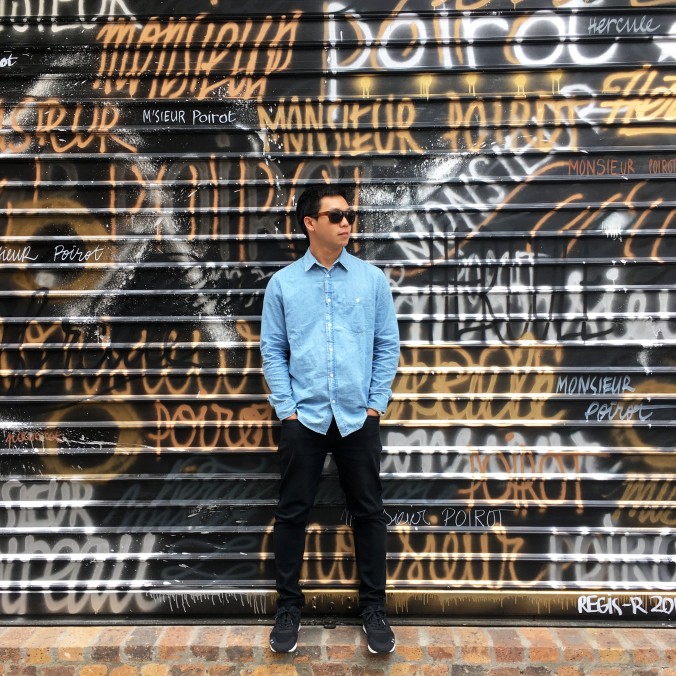 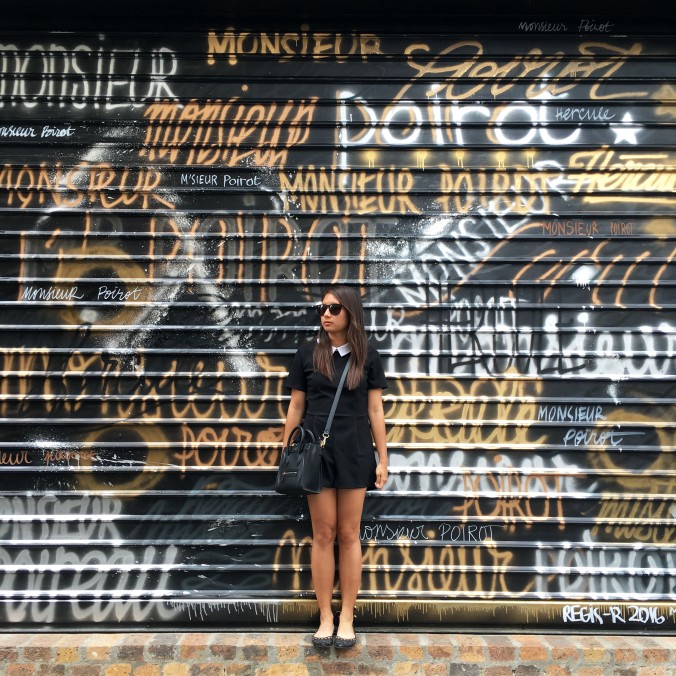 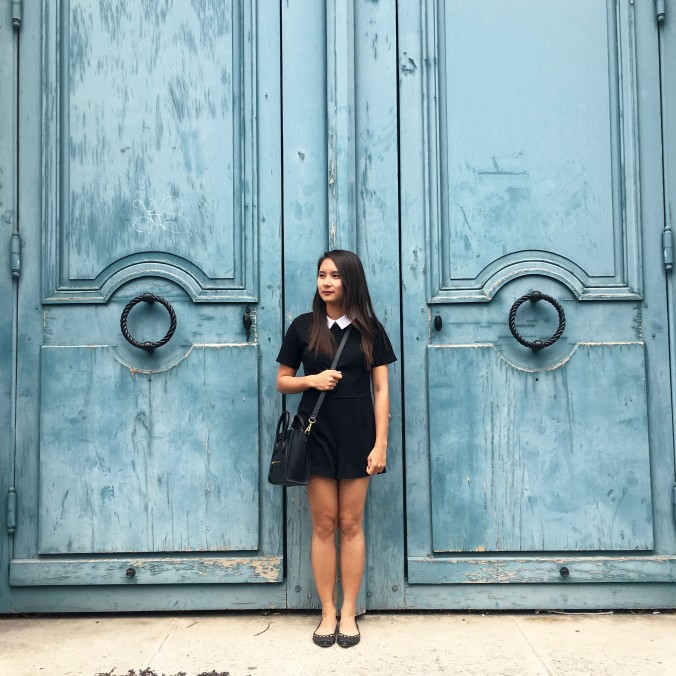 Of course our last stop would still be at the Eiffel Tower. We just had to! This last visit wasn’t that pleasant because we got scammed. It was only 5 euros but still. lol There were a lot of people who had sign up sheets and said that if we signed there, we could help blind kids. I didn’t mind them at first but others in their group got persistent and so my boyfriend just signed in their sheets. They then asked for a donation after. We gave them 5 euros and after that, a Pinay told us that it was a scam and we shouldn’t have given them money. Well, they were really persistent. So if ever you’re in Paris, never ever talk to strangers! lol 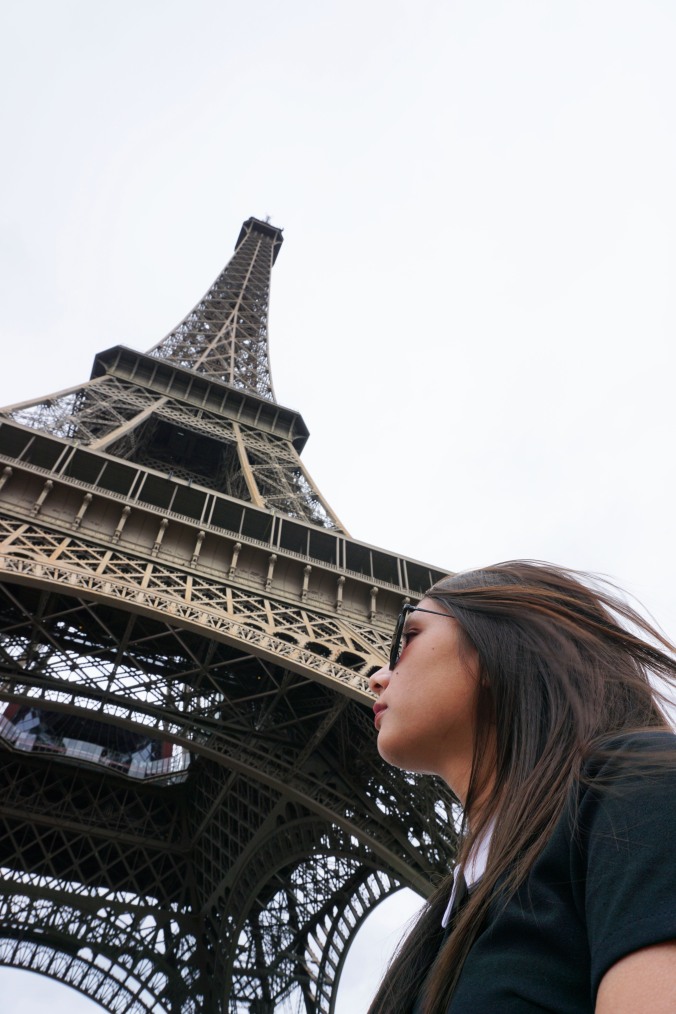 Paris was definitely a good idea. I would’ve wanted to stay a few days more here and actually talk to people in French but maybe next time! lol I’ve been practicing French for this trip but all I could memorize was s’il vous plait, and 1-10 in french. lol Hopefully I can learn more and actually apply them the next time I’m in Paris. 🙂 We were finally going to the last leg of our Europe trip, to sunny Italy. 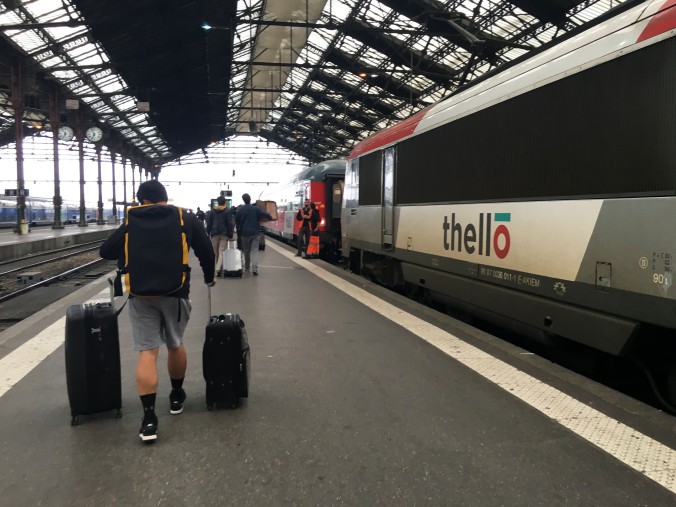 We had to endure a 14-hour overnight train ride to Venice but it wasn’t actually that bad. It was quite convenient because we just slept through the whole train ride and even though we had to share the cabin with two other people, I still felt secure. The conductor got our passports the night before so that we won’t have to wake up when we pass by passport control in Switzerland. She gave it back in the morning and the next thing we knew, we were already in Venice. Peace, y’all! 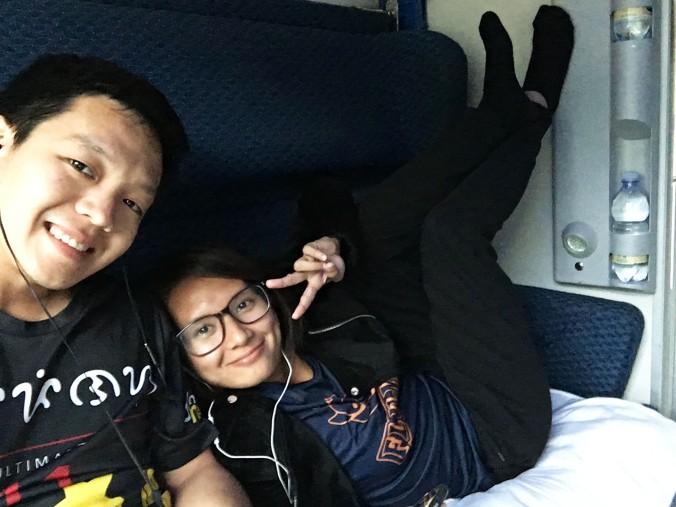