We initially planned to just go directly to Rome from Venice and do a day trip to Florence and Pisa because I thought about how hard it was to move from one city to another with our luggage. But I wasn’t sure if doing a day trip to both cities would give us enough time so we just looked for a hotel near the train station in Florence and stayed there for two nights. 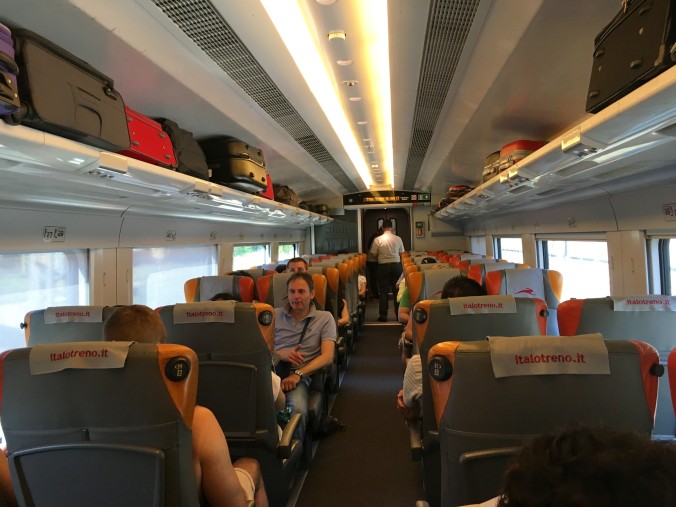 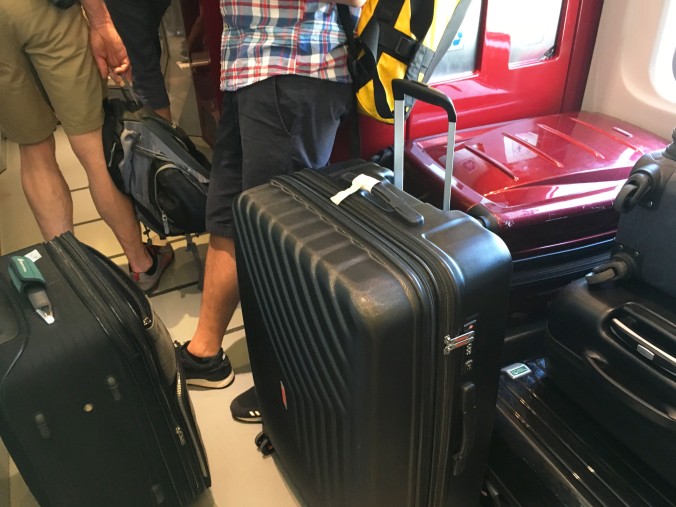 Pisa was about an hour train ride from Florence. From the train station, we had to walk a few blocks to the Leaning Tower of Pisa. It would’ve been bearable if it wasn’t 30+ degrees. We just hurriedly took photos with the tower and took touristy shots before hurriedly running back to the train station to get away from the sun. I mean, look at our sparkling faces (thanks to our sweat) in this photo below. 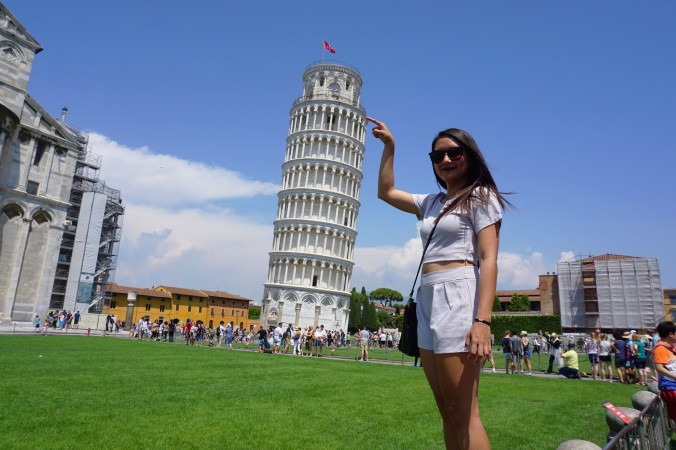 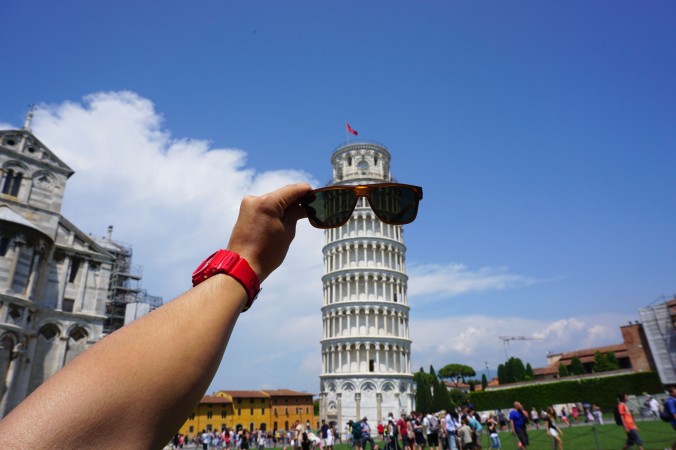 When we got back to Florence, we went to San Lorenzo Market and found a lot of leather goods. Italy is known for their leather goods and Florence has a lot of markets selling them. I’m not sure why my stupid self forgot to take photos of the stores. I think I just snapped them and forgot to save the photos. We had dinner at Mercato Centrale and snoozed off to bed after a tiring day. Walking under the head of the sun just sucked all the energy in us.

We started our day late because a full day out under the sun is such a chore. We tried this gelato place called Venchi to beat the heat. But I still loved the gelato I ate in Amsterdam more. 😉

We just walked and sat around Florence. Just enjoying every bit of the city. Look how pretty the Duomo is. 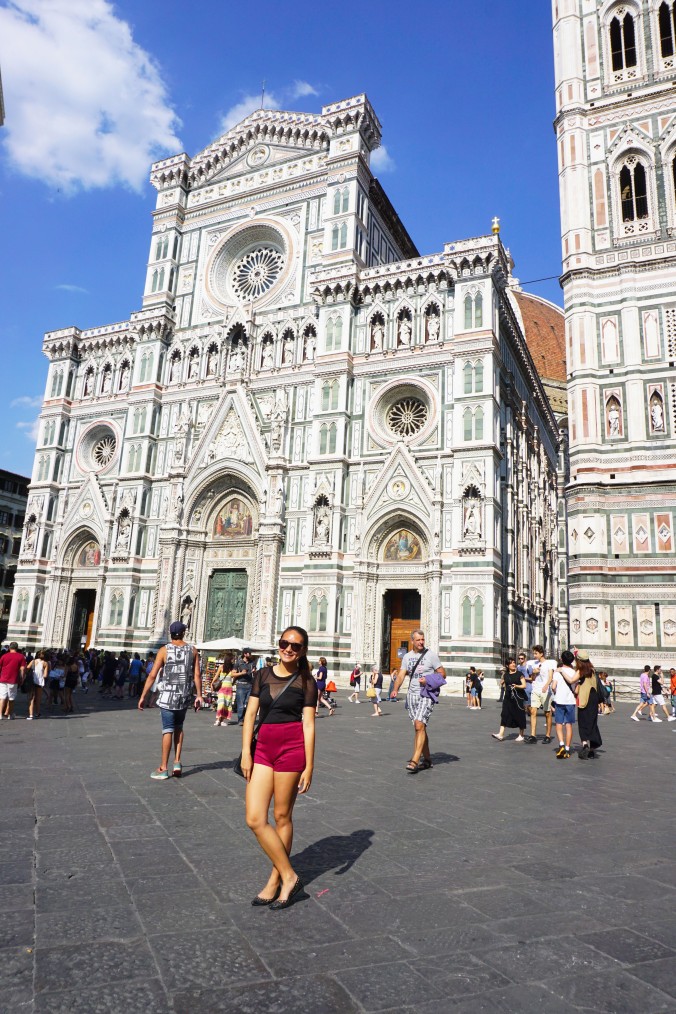 My boyfriend tricked me into taking a photo of me holding his hands, like the usual travel photo cliche. lol

I terribly missed Asian food so we went to the supermarket and bought instant noodles and a whole chicken for dinner. lol So Asian of me. lol 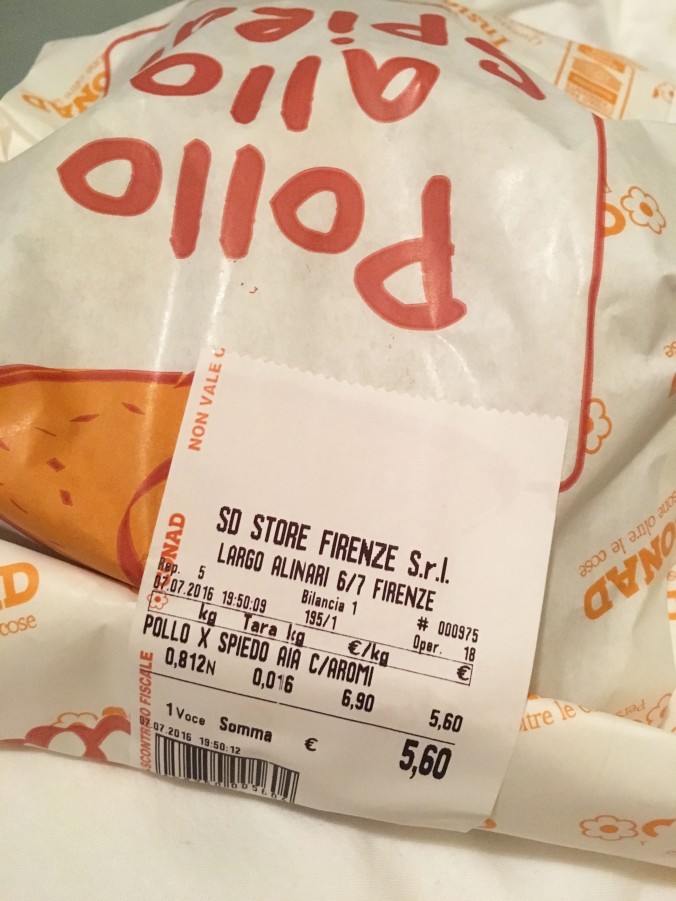 Because I didn’t make an itinerary on this leg of our trip, we just went with where our legs take us. It was really hot so we failed to cover some of the tourist attractions that Florence has to offer. Would’ve loved to take a panoramic view of Florence at Piazzale Michelangelo but maybe we’ll cover it the next time we’re in Florence. 😉 And because I dislike museums, we didn’t go to see Michelangelo’s David so I’m just leaving you with this magnet that we bought of David’s thingy. lol