After battling jetlag, I finally got out of my bed and went out of the house. Lol I bought a Universal Studios Annual Pass from Costco for USD 110. The one day pass for that day was USD 105 so I just got the annual pass. I can still remember back in 2004-2007ish, day passes were only USD 39 for California residents and they would have a promo of buy one day and get the whole year free. I can’t believe it has almost tripled now but nonetheless, people are still flocking into the park especially now that the Harry Potter World has opened.

The last time I was in LA, the Harry Potter World was still closed. I just took this photo after exiting the studio tour back when I visited on January 2016. I told myself that I had to go back again this year to visit the newly opened Wizarding World of Harry Potter… 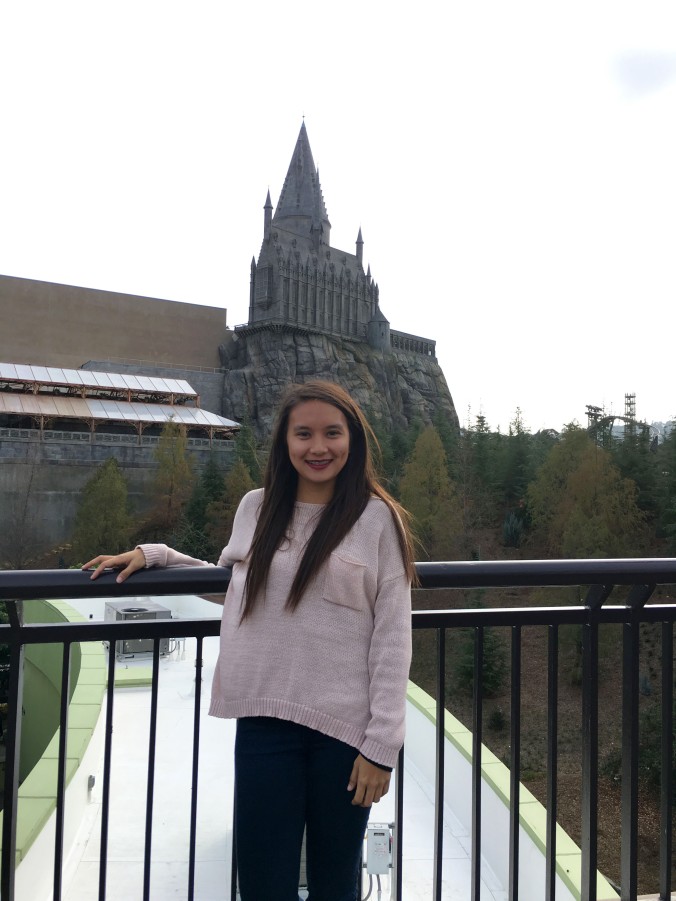 …and so I did. I met up with my friends from Iligan, Mayee and Aura. We took a quick selfie at the globe before going inside the park. 😉

It was a rainy day to I just got a Lyft ride to the park. It was more convenient because it’s scary to drive on slippery roads and parking is USD 20. 0_0 But going there on a rainy day has its perks! The line for the rides are not that long. Just some background on my work history ;), I actually worked at the parking department of USH for a few months back in 2014 and during that time, I could go in the park for free and I didn’t have to wait in line for all the rides. So waiting in line is kinda new to me. lol

Just a tip when going to theme parks, arrive early and go first to the most popular attraction. That was what we did and we only waited 10 mins for the Harry Potter Forbidden Journey Ride. An hour later, the wait for that ride became 50 mins so it definitely saved us a lot of time. Here I am, before riding the BEST RIDE IN THE WORLD! ❤

Since my friends and I have been to USH a million times (I’ve had a USH annual pass at least twice, back when it was still cheap 😉 & I used to work there for a few months too lol), we spent most of our time at the Wizarding World. It was my first time there so I got crazy, and took photos of every corner! lol 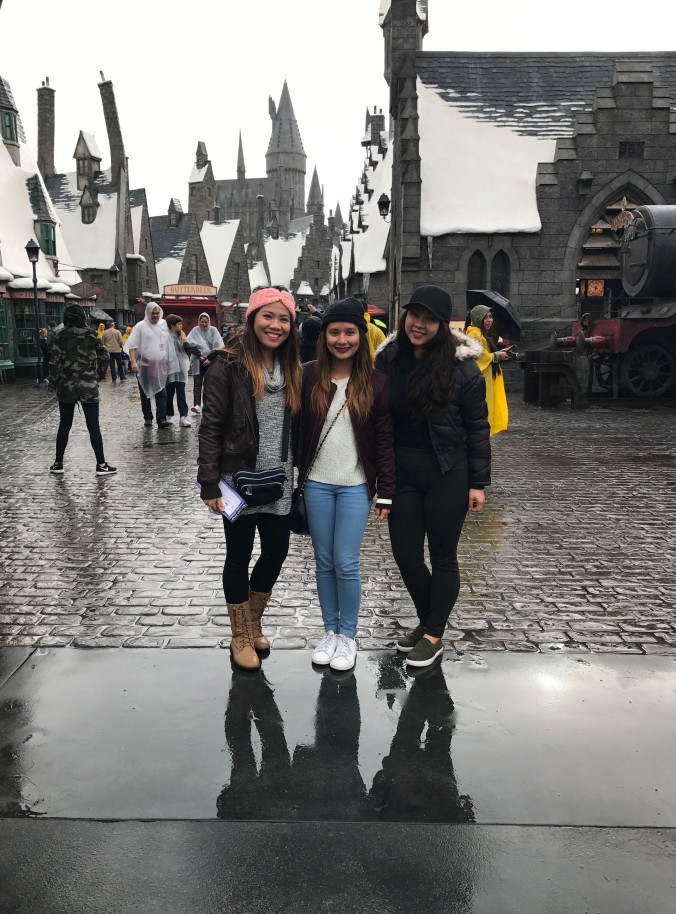 We actually asked this guy if he could take a photo of us but he declined so we just got a photo with him instead. lol Off to Hogwarts we go! 😉 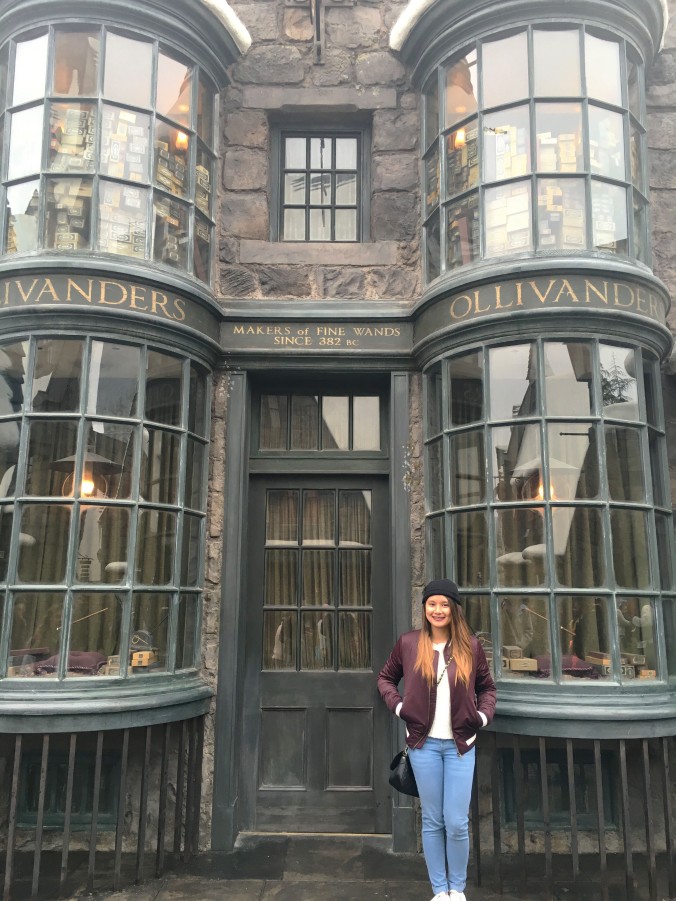 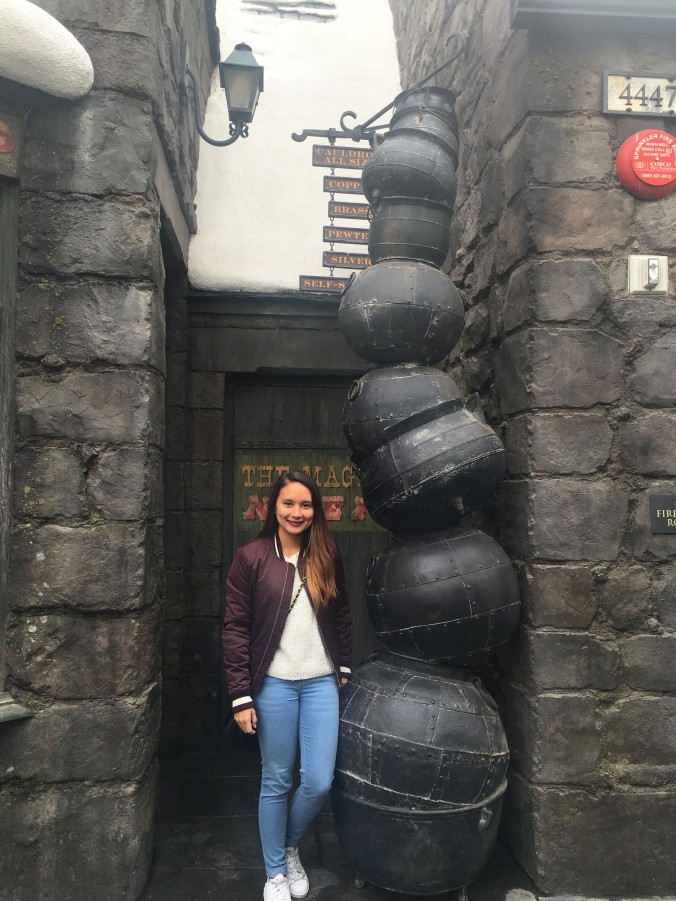 The weather that day was perfect for a theme park. It was rainy, so people who initially planned on going to the park might have decided not to because of the rain. But it was just raining small droplets so it didn’t bother us at all. Plus the gloomy sky complements the vibe of these buildings below. ❤

After going through all of the corners of the place, we got ourselves some butterbeer. 😉 This is me, at The Three Broomsticks.

We then went inside the Harry Potter shops. I didn’t get myself anything because everything was expensive. lol

I took this last photo of the Harry Potter World before moving on to other rides in the park. How pretty is this view? ❤

We then went to another new attraction at USH, which is AMC’s The Walking Dead. It’s basically the scenes in the series brought to life and zombies would scare the shit out of people. lol It actually got me all sweaty and nervous. I hate how the zombies would try to touch me lol We just went to the studio tour after that and strolled around the park to take photos.. again. 😉 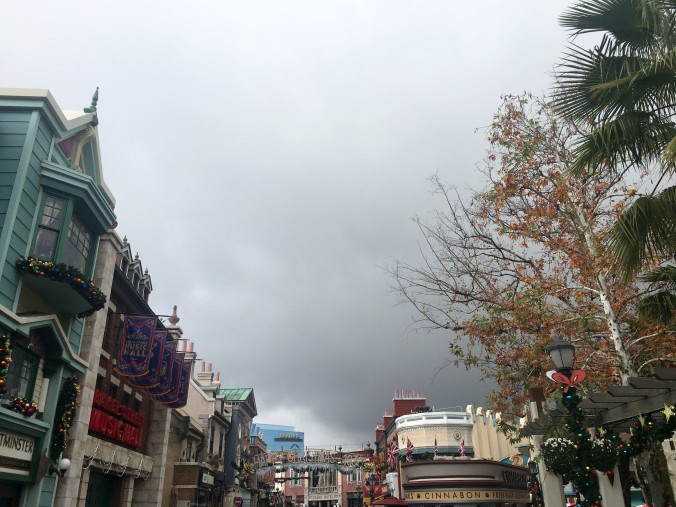 I’m going to end my post with this gigantic (around the same size with a double sized pizza) and delicioso donut from Krustyland. It’s super yummy that we actually finished it before watching the Special Effects Show. We bought it to eat during the show but it didn’t last long. lol It comes in a lot of flavors but this was the only flavor that we tried.  Make sure to grab one whenever you’re at Universal Studios Hollywood! You won’t regret it at all. 😉