I went on a quick visit to my family in Los Angeles for New Year’s. I stayed there for a month so my sister and I had to plan a last minute sister out-of-state-trip. We initially planned on going to New Orleans but the plane tickets to Seattle were much cheaper and the weather was bad at New Orleans at that time.. not that Seattle’s was any good. It rained a whole lot during our visit. lol 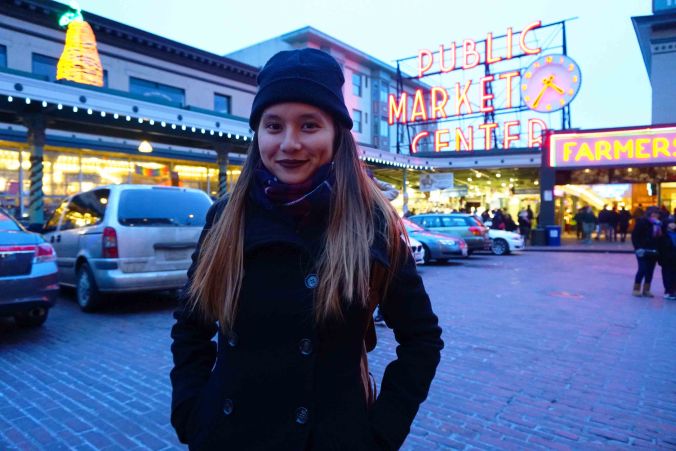 So anyways, we got up early to catch the Flyaway bus to the airport which was super convenient. We just parked my sister’s car at the Flyaway terminal and off we go! Our flight got delayed (not only Cebupac flights get delayed ya know lol) and Delta actually offered a $500 gift card for two people who are willing to be bumped off to the next flight to Seattle. We were not able to get it because we were too far from the gate but I would have loved the $500 gift card! lol

And so we boarded the plane. My sister and I usually board last so that we can have our bags checked-in instead. The compartments of domestic flights usually get full fast (Because duh, $25 per checked-in bag is too much $$$) so they just offer to check-in baggages of volunteers for free. We had a steady flight, I was sleeping soundly as usual. When we arrived, we had to walk to the train station which was idk, around 52387 miles away. lol It was an exhausting and really cold walk. We rode the train to the city and just ubered to our hotel from the train station.

We finally arrived at the Mediterranean Inn (which had a pretty sweet view of Seattle from its rooftop) and the lady at the front desk was really nice. She asked us where we wanted to go and gave us a few tips as well. It was really cold when we arrived so we wanted to get something hot to eat. So we went directly to Pike Place Chowder to try Seattle’s famous clam chowder! We went to their store at Pacific Place Center because there might be a lot of people in their Pike Place Market store.

We got so full after eating so we just walked for about half a mile to the Pike Place Market. 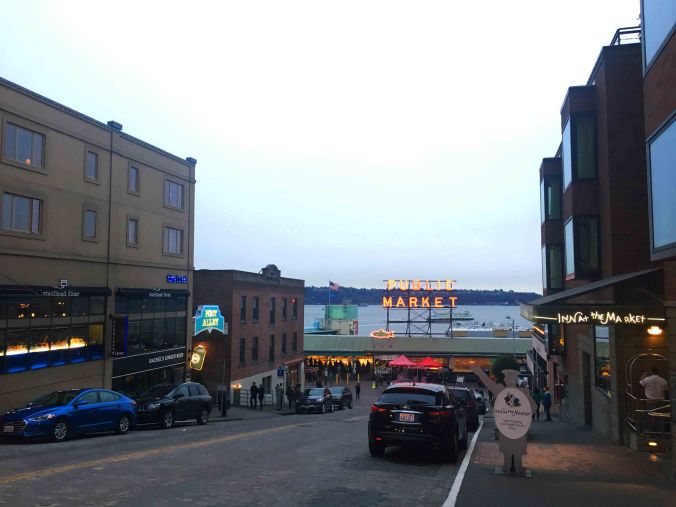 We went around the market and then took photos of the famous Pike Place Market sign. 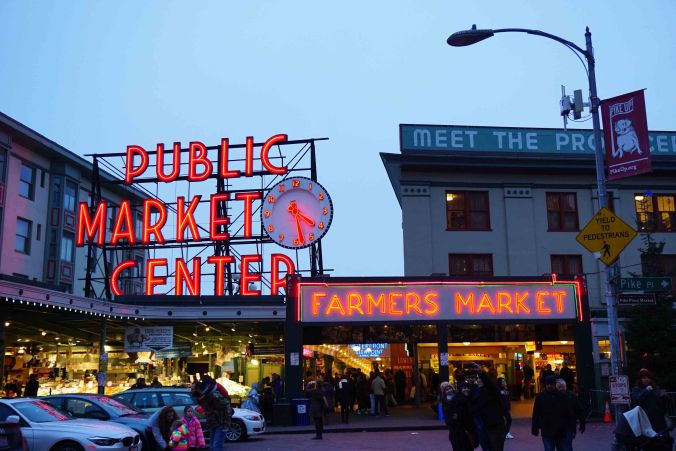 It was kinda hard to take a photo of it with cars passing by the street. lol 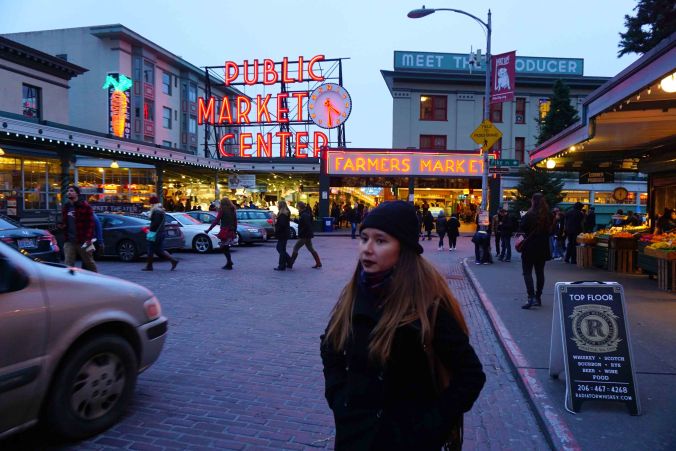 We took a lot of selfies but we also asked another group of tourists to take a photo of us, and in exchange, we took their photo as well. lol

A few steps from the Pike Place Market is Seattle’s famous Gum Wall. It’s basically just a wall full of germs but it’s very instagrammable because of the pretty colors of the gum. lol

Right when we arrived at the wall, I snapped a video of me trying to make a bubble out of my gum but I ended up realizing that I don’t know how to do it anymore! lol My sister got annoyed at me after I let her take a shitload of photos of me. lol So this is the only shot that looks like a small bubble was actually formed. lol

And then it was my turn to take photos of my sister. She blew her bubble gum with so much ease and grace! lol

We asked another stranger to take a photo of us, again… lol

We wanted to go to the Seattle Great Wheel but it rained for a bit and google maps made us walk the long way to it so we just saved it for tomorrow. We just went to eat dinner at this little Japanese restaurant called Japonessa which had good reviews on yelp. Plus it was happy hour so we enjoyed really low prices for their food. 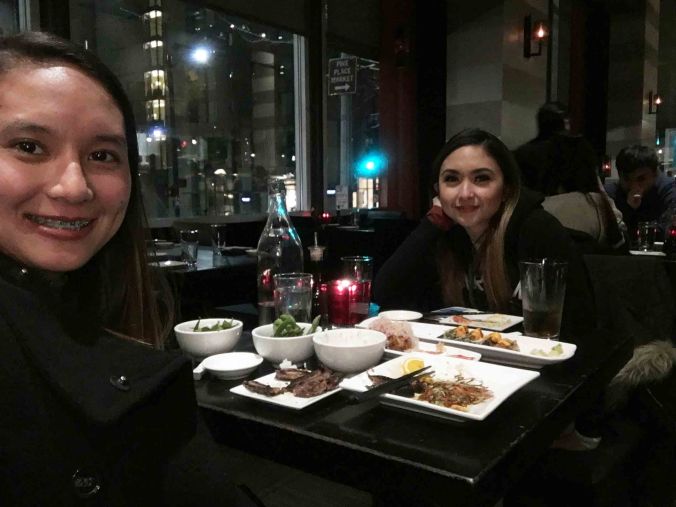 We had edamame, takoyaki, some sushi roll and some short ribs. Yummers!! ❤

We ended our day early since we planned on going out of the city the next day. We didn’t want to be sleepless in seattle. 😉 We just went to the rooftop of our hotel before snoozing and the view was amazing. Behind me is the Space Needle and the Key Arena (where the Dota International Tournament is held) We just stayed there for a few minutes because it was really cold! 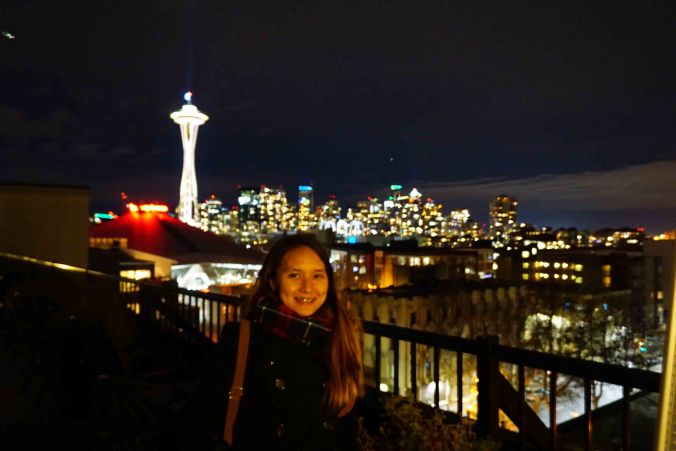