After exploring Seattle, my sister and I went on a day trip to the beautiful city of Victoria, Canada. The ferry from Seattle to Victoria takes only around three hours. We booked our ferry tickets (with afternoon Tea at the Fairmont) at Clipper Vacations a few days before our trip. There was an early bird discount for booking the tickets at least 7 days before our trip so we got that one.

We just ubered to the pier at around 6:30am because we needed to check-in an hour before our departure, which was at 8am. We had a smooth trip even though it was raining. We docked at Victoria at around 11am. 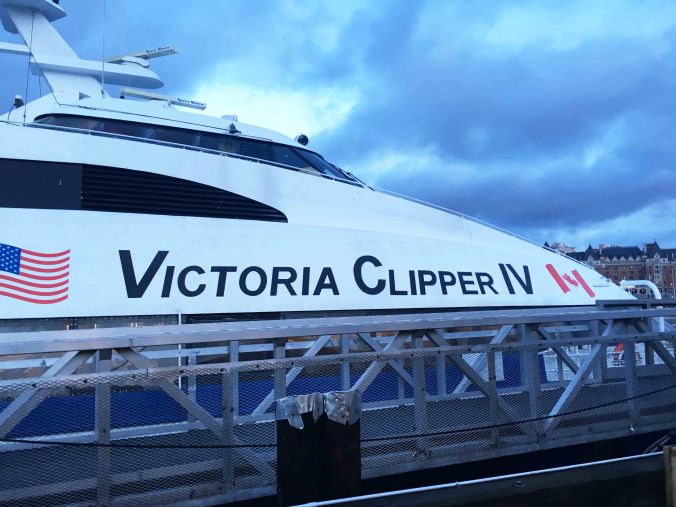 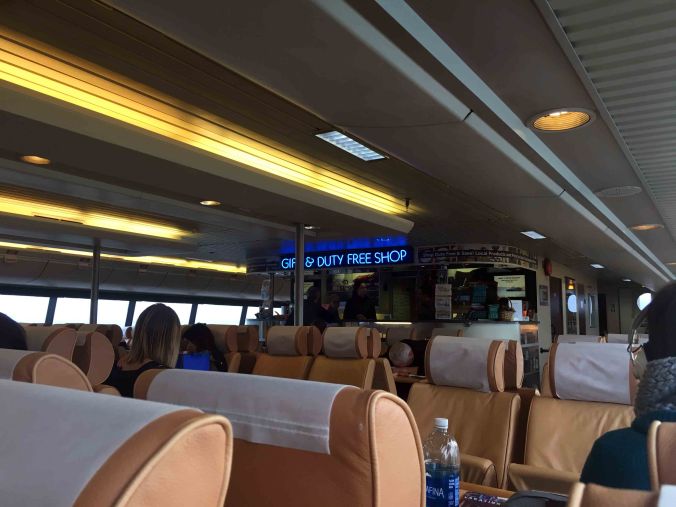 As soon as we got out of the pier, we immediately walked about one kilometer to the Fisherman’s Wharf. We only had around five hours to tour around the city because our ferry back to Seattle was at 5pm and we still had to check-in and go through immigration.

The Fisherman’s Wharf was located on the opposite side of the city where all the other attractions are. We thought twice before coming here because it was out of the way and far from the other attractions but I’m so glad that we came here! I mean, look at this view. It was just so pretty and the weather was perfect that day too. We initially thought that it was going to rain but fortunately, it didn’t. 🙂

We took all sorts of photos at the Fisherman’s Wharf. We took normal full body photos, 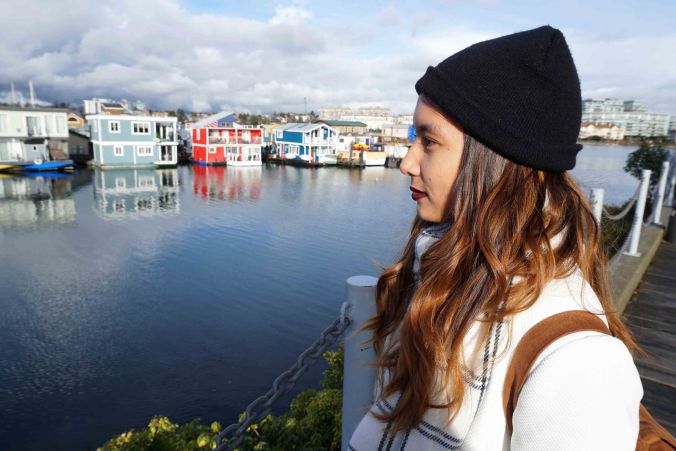 and of course selfies. 😉

We then went inside the wharf but to our surprise, everything was closed. lol I’m not sure if it was closed for the winter or if it’s only open during the weekends. I’m not entirely sure. I think we only saw more or less 10 people there. lol Some were delivery guys and others were tourists who didn’t know that everything was closed as well. lol But nonetheless, the cold walk was still worth it!

I would love to come back here in the summer and actually see how this place looks like when all the stores are opened. But this place was very picturesque and it was just perfect.

After visiting the Fisherman’s Wharf, we walked for about 20 minutes to the British Columbia Legislature Building. Some parts were under construction but I felt like it was one of the buildings I saw in Europe. 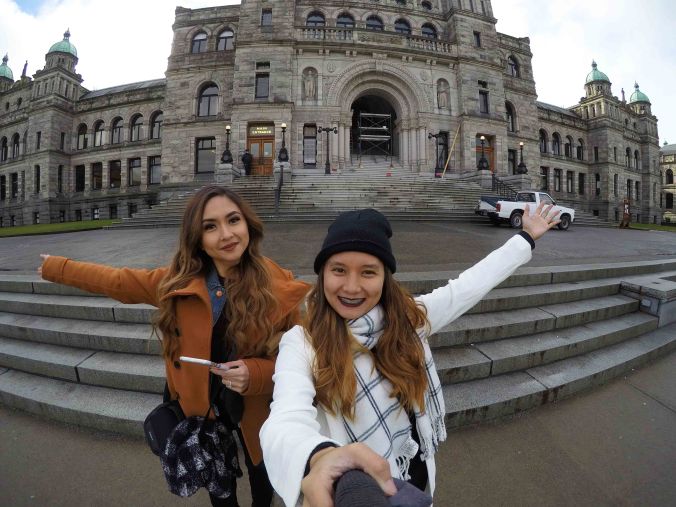 We got super hungry after all the walking that we did. We ate at the nearest place that we could find on yelp, at the Flying Otter Grill. We’re so glad that we ate here. Not only was it near The Fairmont Empress Hotel (We had a scheduled afternoon tea at 2pm here), the food was superb!

This was the view outside the window at the Flying Otter Grill. A seaplane actually docked there while we were eating our lunch.

I wanted to try something Canadian so we ordered the most Canadian food that we could find, poutine! It was a little too salty for our taste but I love fries so in the end, we still finished half of the whole bowl. lol 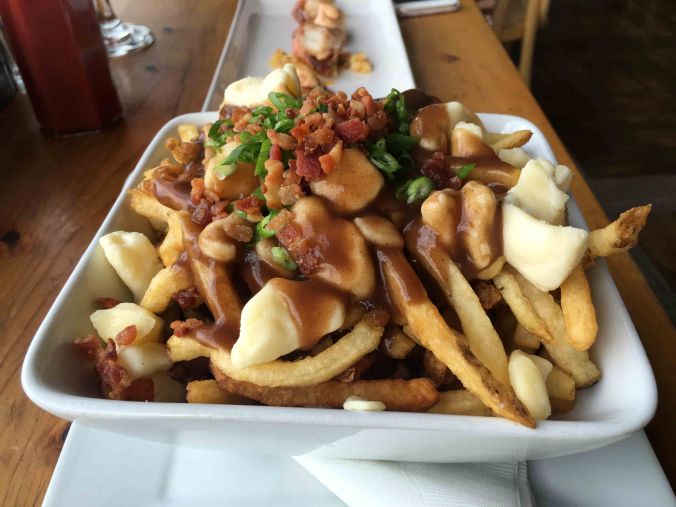 If you’re ever in Victoria, do me a favor and please eat the Bacon Wrapped Shrimp at the Flying Otter!! This was literally just heaven in my mouth. My sister and I really wanted to order another plate but we got so full after eating the poutine and the Salmon Wellington which was really good too. 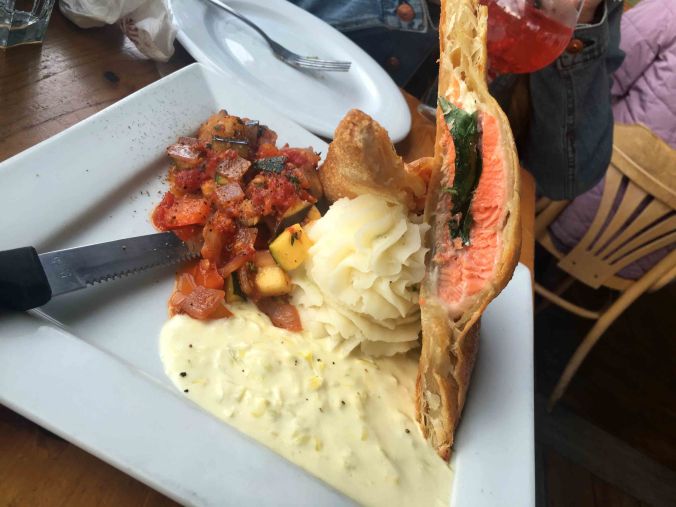 We hurriedly finished eating since we had an afternoon tea booked at 2pm. We hurriedly walked to the Empress Hotel and we passed by this sculpture which was entitled “The Homecoming”. It features a father coming home to his child after returning from the war.

We finally arrived at the Fairmont Empress Hotel and we immediately went inside to have our afternoon tea! Queen Elizabeth once stayed here and I’m pretty sure she had her afternoon tea in here too.

The hotel was quite old but the interior look really posh and very luxurious. I love the furniture and I felt like royalty while I was there. Felt like I was the queen for a few hours. lol

Love their tea cups! I read online that this design is actually being made exclusively for this hotel. 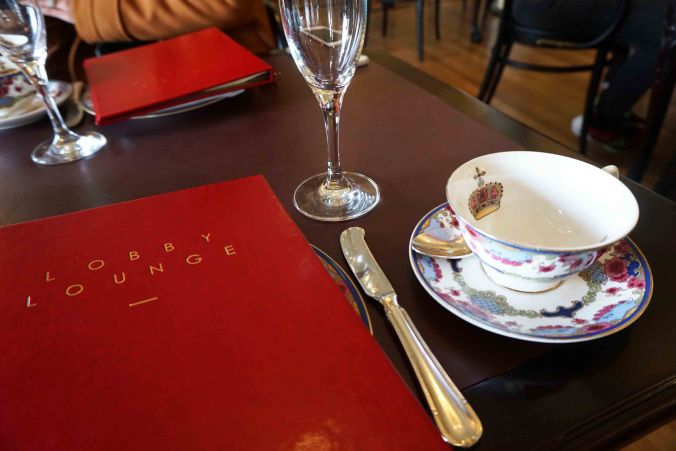 The waiter gave us this menu with their different tea flavors. From where I’m from, the only tea that I know of is milk tea. lol! I had to read all the description all the different tea flavors that they had. The waiter was also kind enough to answer our questions. My sister got the Empress Blend and I got the Organic Kea Lani tea.

I learned more about teas and how it is prepared from our waiter. The tea tasted really great. I actually brought two boxes of the Kea Lani tea back to the Philippines because I loved it that much. 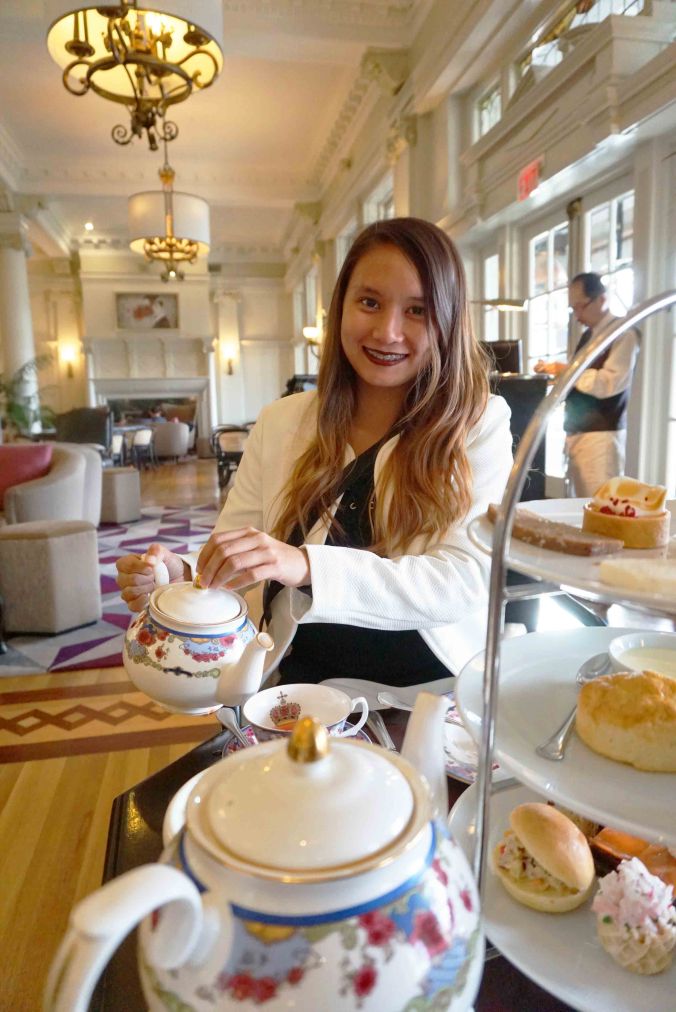 We were still quite full from lunch but how can we resist these delicious cakes and sandwiches? They were unlimited so we had to make the most out of it. lol We ended up not finishing everything but we were able to bring them to go.

Tryna raise my pinky finger in the photo below. lol My sister and I really enjoyed our afternoon tea, since we were both first timers.

We had to check-in at the pier for our trip back to Seattle at 4pm so we hurriedly bought souvenirs from a nearby store and walked back to the pier after. 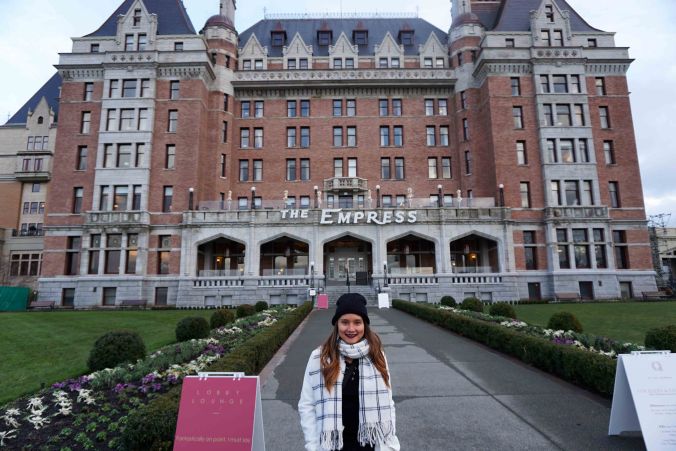 This was the last day of me and my sister’s quick getaway. We flew back to LA the day after and I just stayed there for day before flying again to meet up with one of my bestfriends in Vancouver. More about that’s next! 🙂