On our second day in Taiwan, we visited the Yehliu Geopark! I think this was one of the highlights of our entire trip. I’m not entirely sure how this natural beauty came to be but it’s just amazing to know that they were made out of natural causes.

We rode the bus to the Taipei Main Station from our airbnb apt and got on the Kee Keong Bus No. 1815. The stop for this one is located outside of the station, near the east gate. Once you enter the bus, you will receive a purple card from the driver. Payment will be made once you arrive at your destination. The bus ride costs NT 96 and the ride took about an hour. 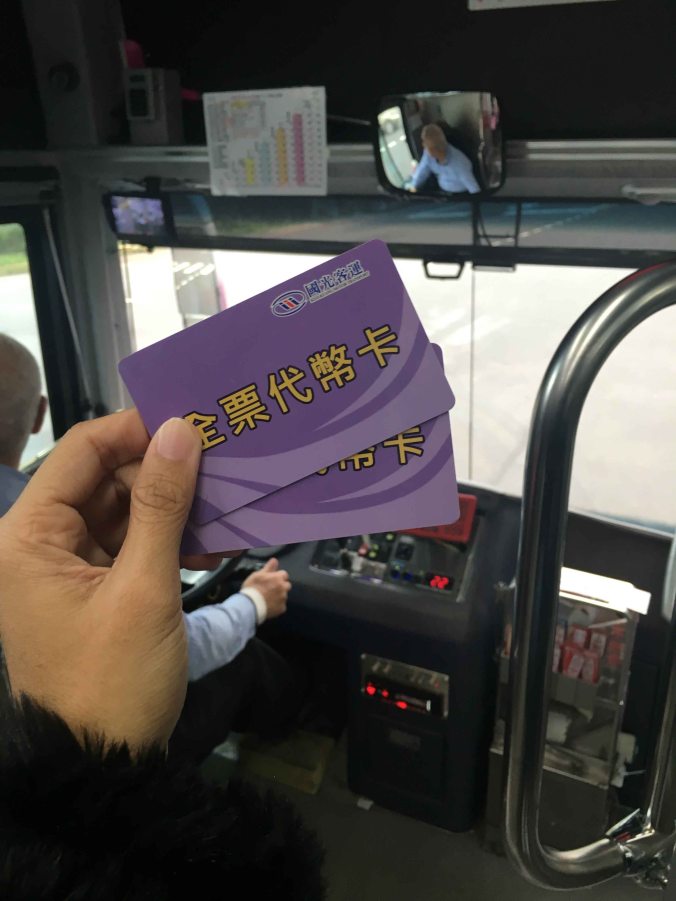 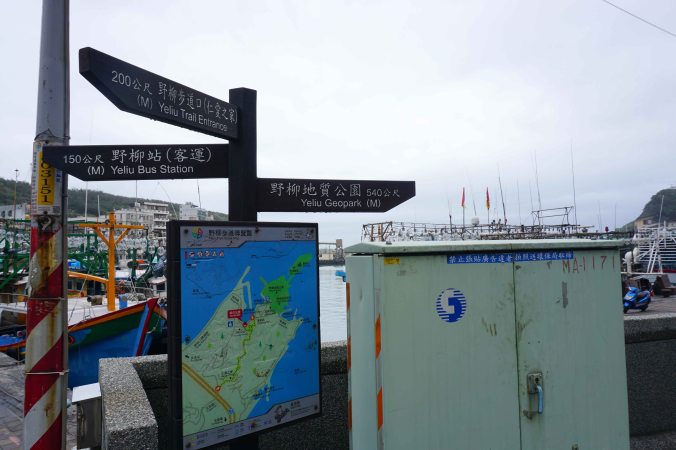 We had to walk a few blocks from the bus stop to the park. We passed by the fisherman’s wharf. I read somewhere that a scene of San Cai and her mother in Meteor Garden was filmed here. 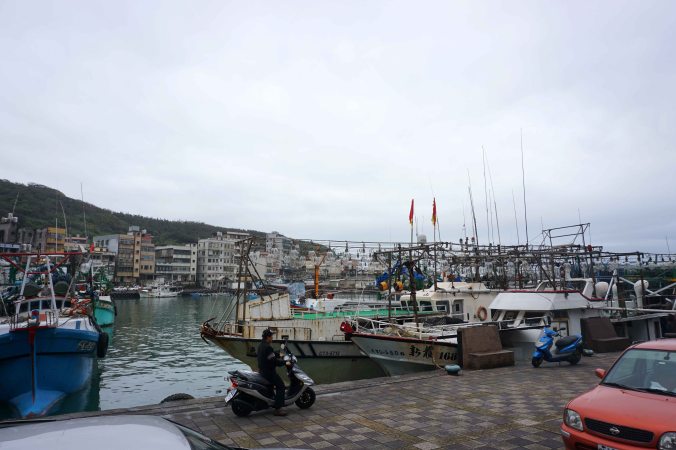 We also passed by a temple on our way to the park. There were also a lot of convenience stores and restaurants around the area. 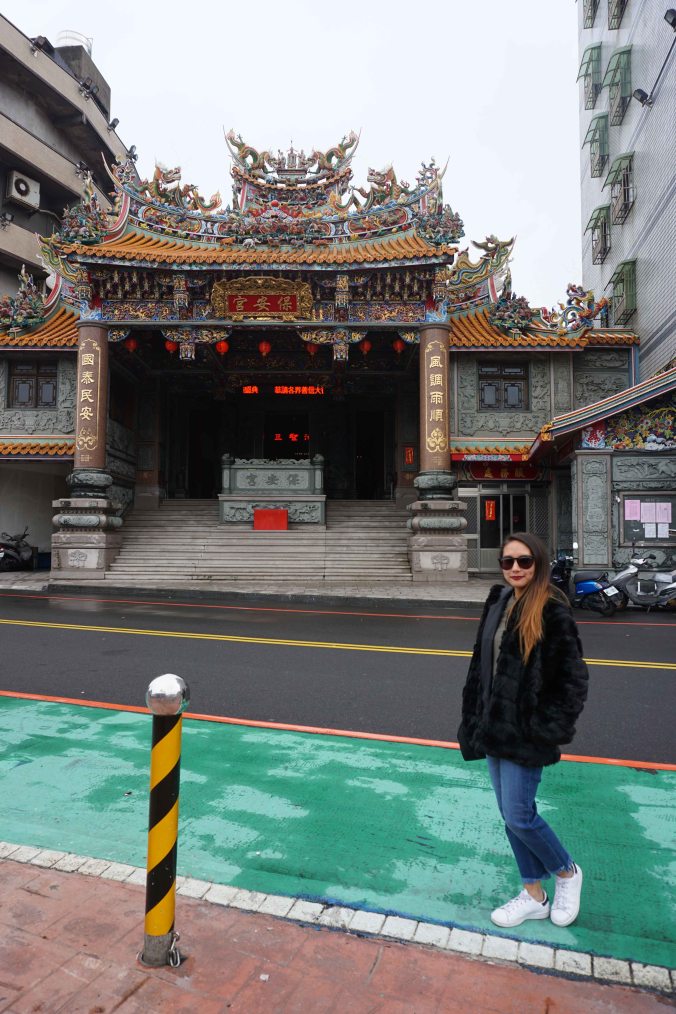 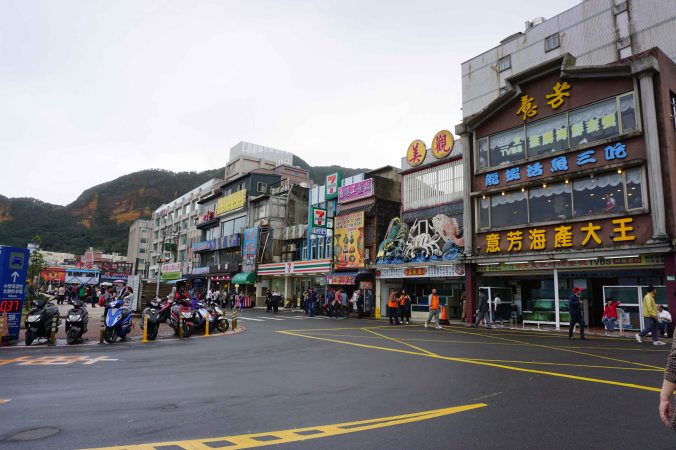 We finally arrived at the park after walking for around half a kilometer. There were a lot of people visiting that day, especially tour groups. It was a Saturday so it was quite crowded. We bought our tickets at the entrance and paid NT 80 each. 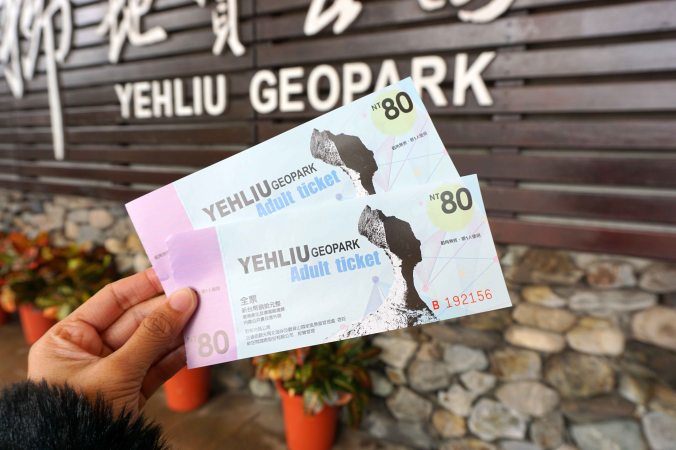 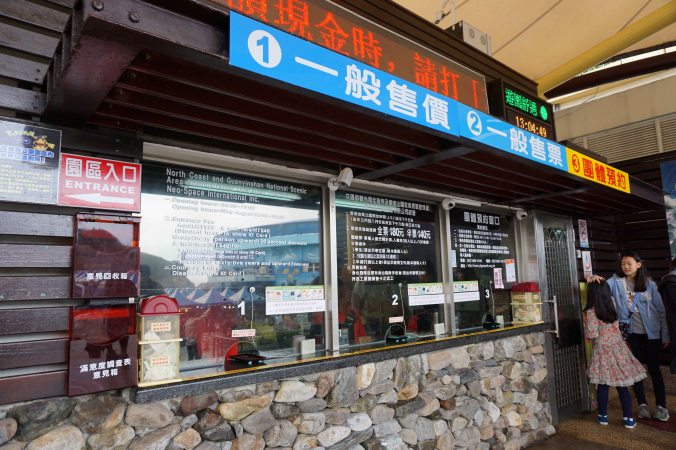 Upon entering the park, first thing that we saw was this rock fragment. The rock formations have names which are usually based on the shape that they form. This one below is actually just a replica of the real one and it’s called the Cute Princess. 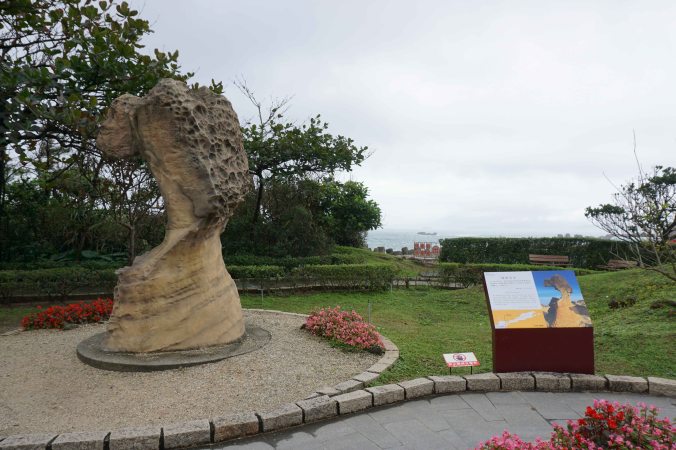 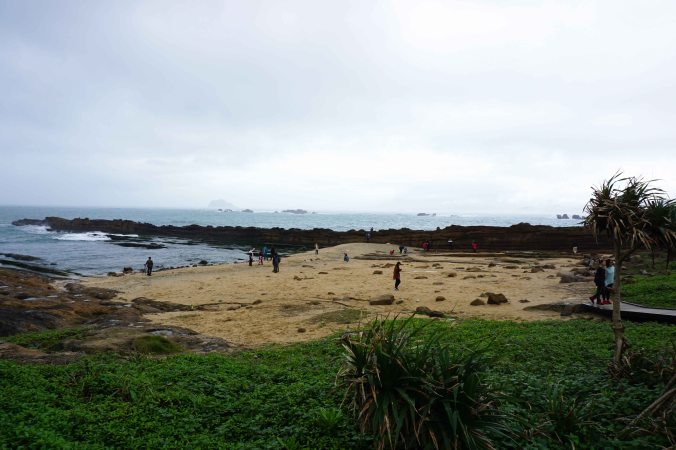 We then went on to see the amazing rock formations. Here’s a view of the mushroom rocks from afar. 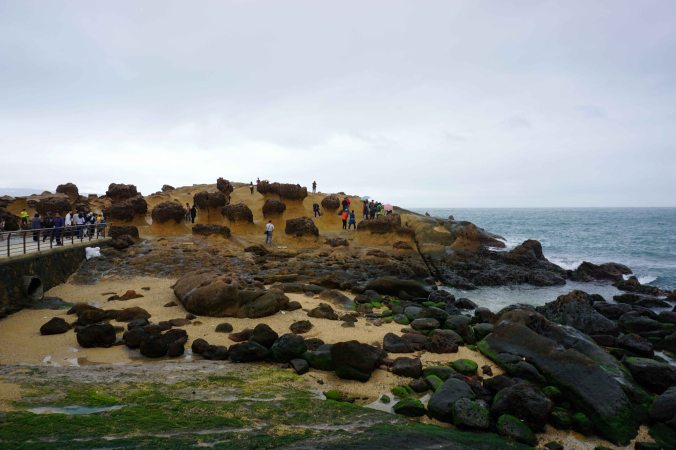 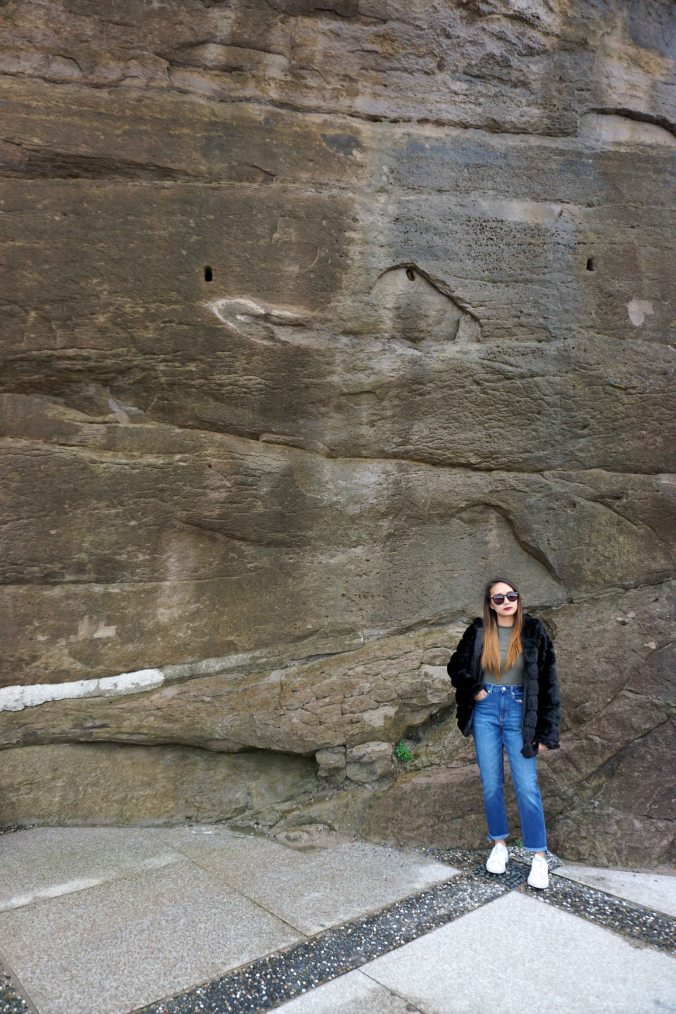 We had a hard time looking for people-free spots to take photos. lol 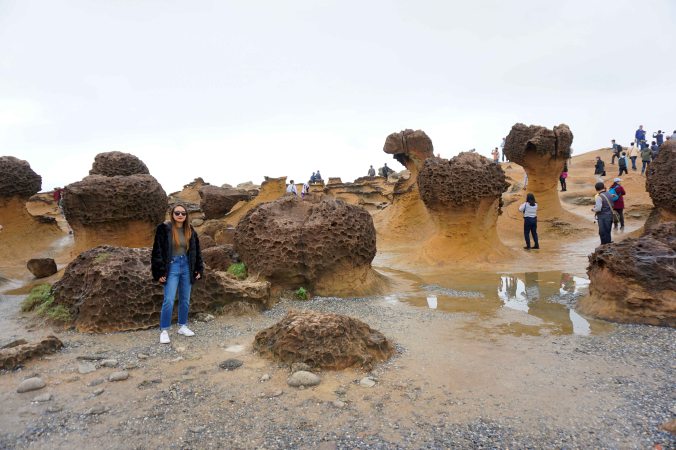 I mean, look at these people. There’s people everywhere! lol But nevertheless, the place was still amazing. Even with all the crowd, it was still worth visiting because I don’t know where else in the world I can see an amazing place like this. Plus it formed from natural causes so that’s definitely a plus. 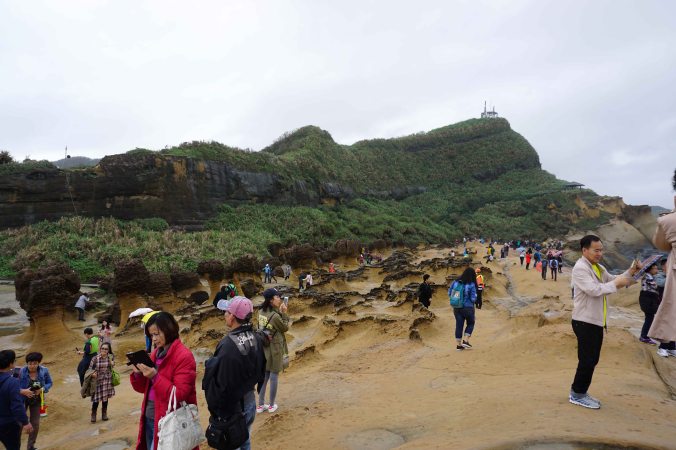 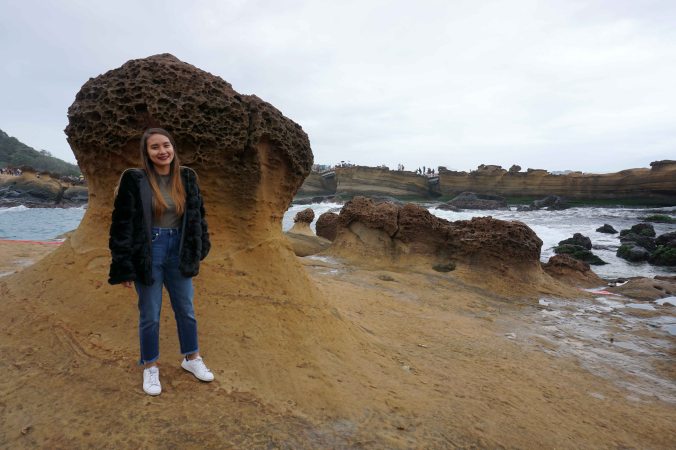 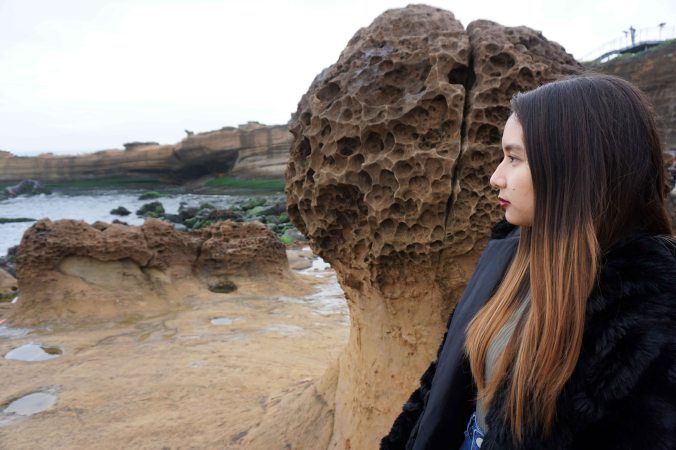 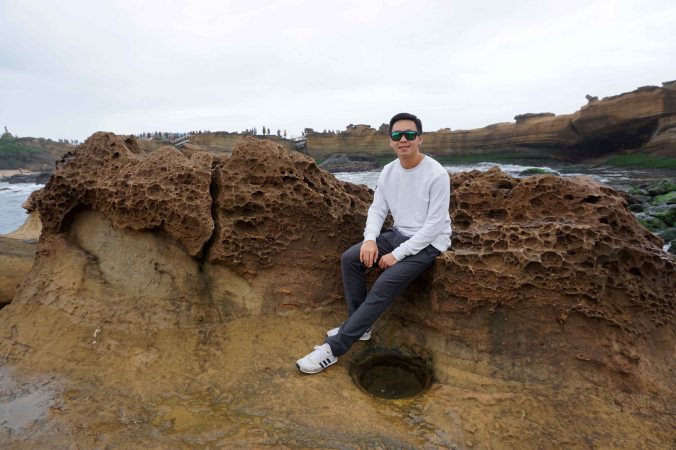 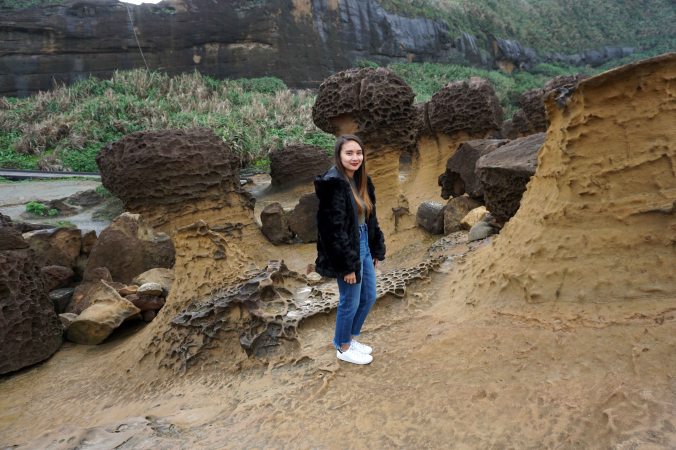 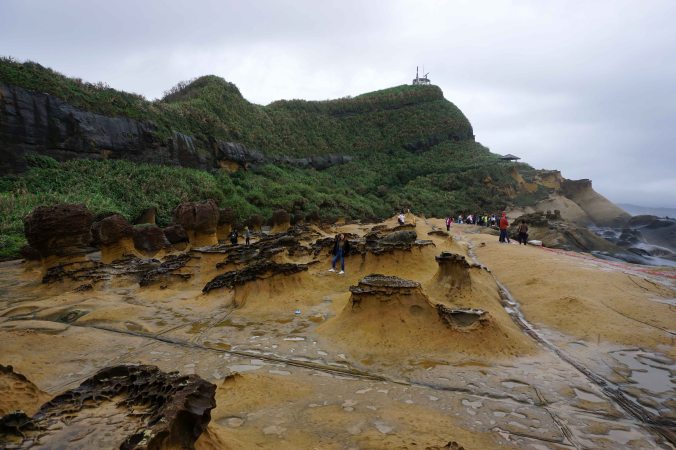 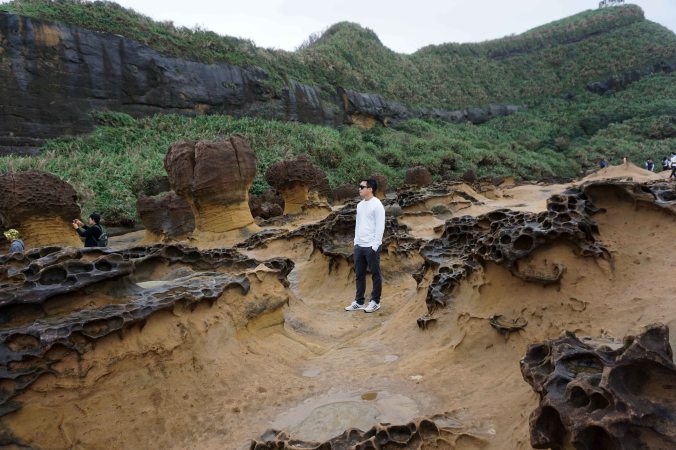 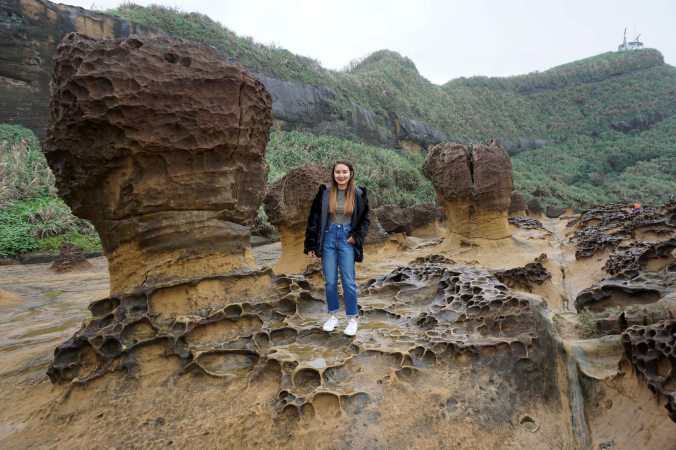 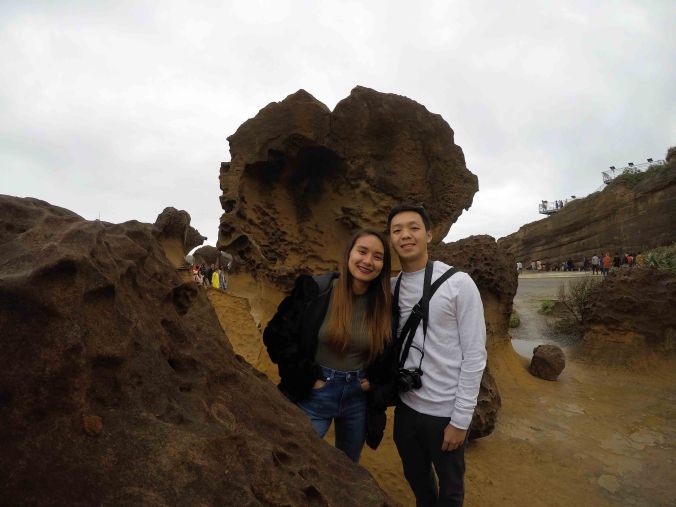 We then went to the other side of the park which had other unique rock formations, including the infamous Queen’s Head. 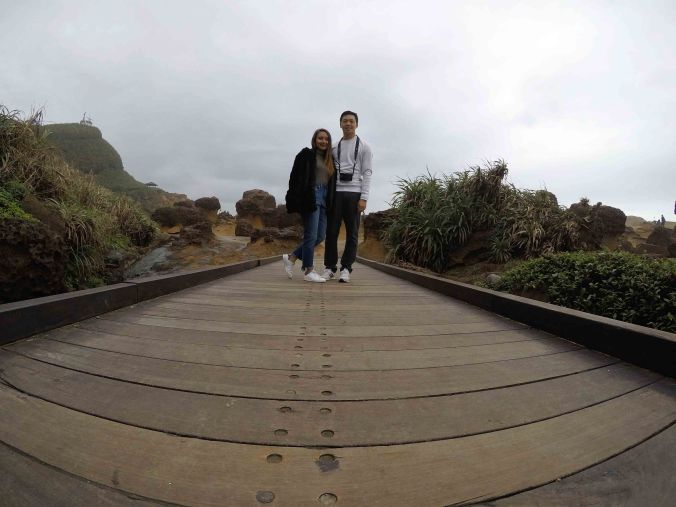 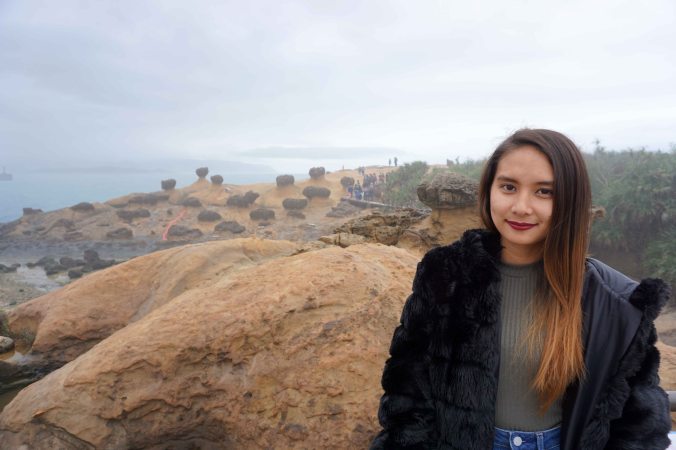 There was a long queue for taking pictures with the Queen’s Head. That’s the queue right there. 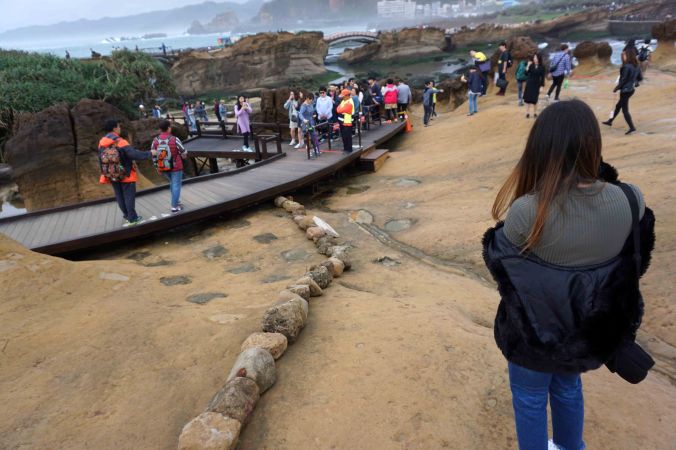 Being the impatient persons that we are, we just took a photo on the other side. It definitely saved us some time. lol 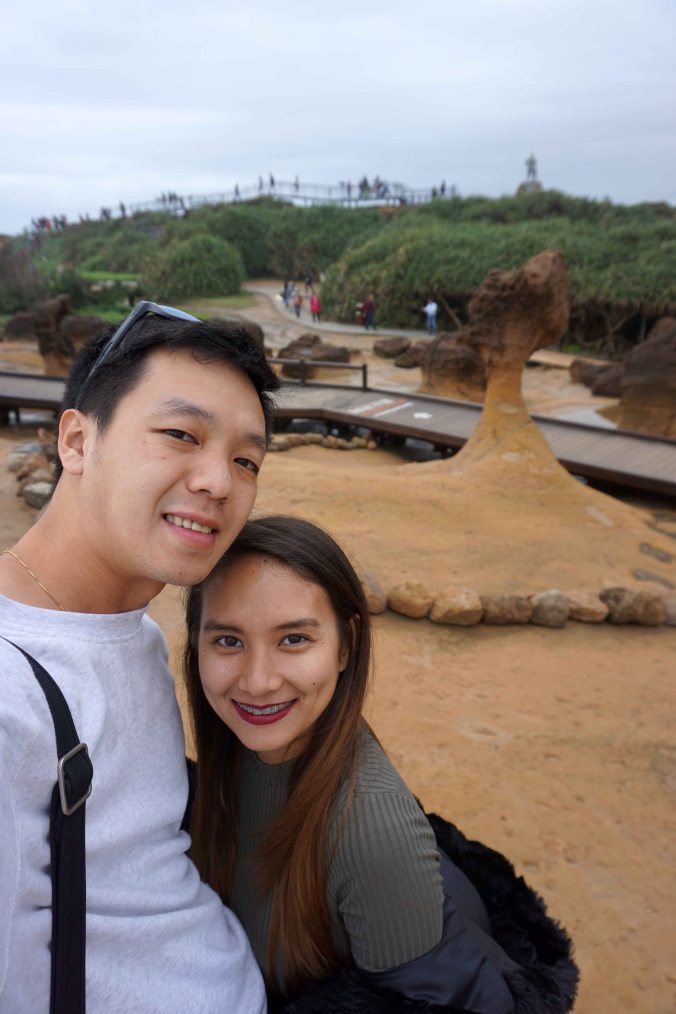 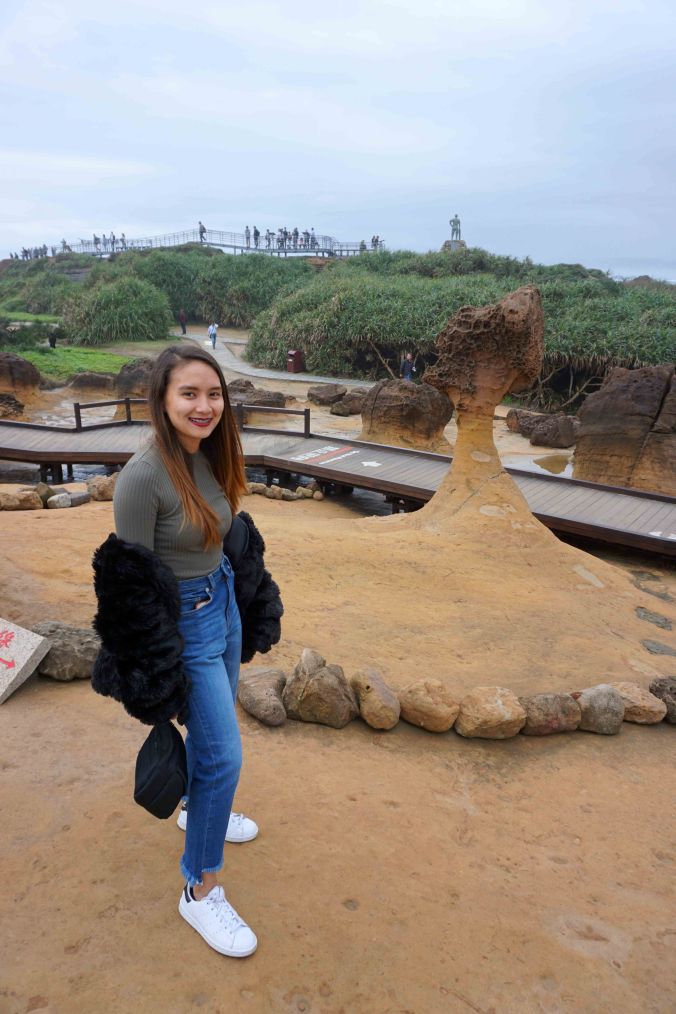 There are still other interesting rock formations that we haven’t seen but we were already hungry. I think it was already around 2pm and we still didn’t have our lunch. We went to the nearest restaurant that we could find after exiting and we found this cute place near the entrance. We had breakfast food for lunch. 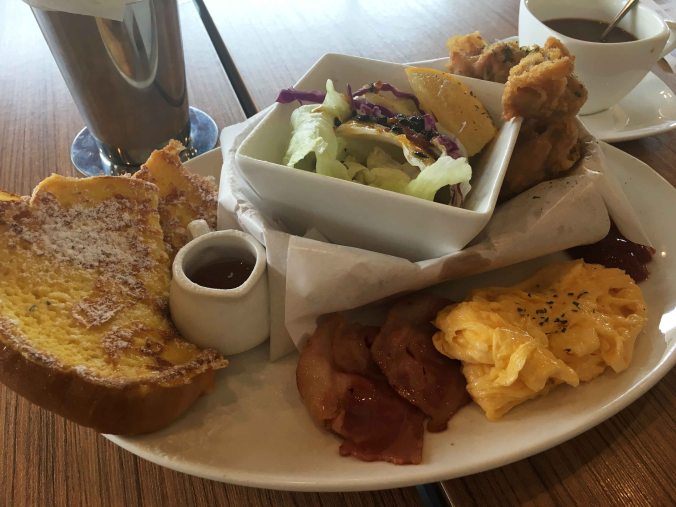 We then rode the bus back to Taipei, did a little shopping, and visited the Raohe Street Night Market at night. The night market was such an interesting and intense experience and I’m going to write all about it next on my blog. 😀