It was February of last year when my boyfriend and I booked roundtrip tickets from Cebu to Sydney for only Php 12,000! It was such a steal and although I’ve also seen the price of the tickets go to as low as Php 7,000, we were very lucky to have booked such cheap tickets to the Land Down Under. November finally came and it was time for our 19-day trip to Australia! Our first stop was of course, Sydney! Please enjoy my super short and super noob “vlog” (If I can even call it that. lol)

Okay so if you’ve been following my blog, you’d be able to say that we’re the semi-budget kind of travelers. I love to splurge when it’s worth it but in an expensive city like Sydney, we had to look for something a little cheaper to stay than hotels. We did not make hostels an option because I didn’t like to share bathrooms with a bunch of people but I was open to staying at a shared apartment (I tried it once in Vancouver) as long as we had our own bathroom. 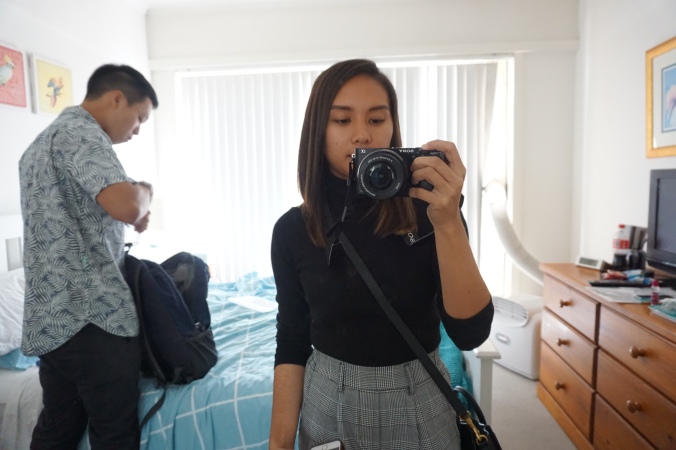 This is the link to our cozy Airbnb Apartment. Our room was super clean, our bathroom was huge, it was cheaper than hotels (we paid Php 3,800 per night), we had netflix on our tv, plus they were very accommodating to us even after we arrived 7 hours late of our scheduled check-in time (Thank you, CebuPac! lol).  There were also a lot of other places to eat in the area. We got super hungry when we arrived so we just walked around and ate at the Chicken Shop. 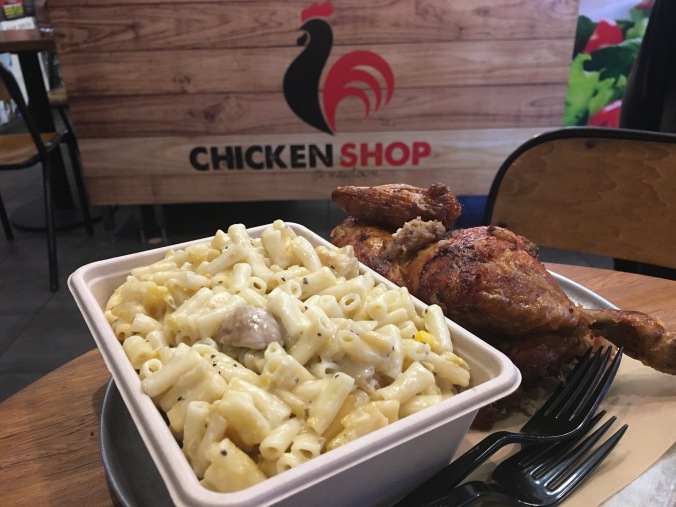 The best part about our apartment was its location. The brown building is actually where we stayed. It was just beside the train station! I initially thought that we needed to stay near the Sydney Harbour but the location of our place was perfect. Another plus was our host André. We loved talking to him and we super loved his salt water aquarium!

How We Went Around

From the airport, we took an uber to our airbnb in Newtown. It only cost us AUD 23 in total as compared to the train which would cost us around AUD 17.60 each. Trains from the airport are more expensive because they charge an airport access fee so we were better off taking an uber. 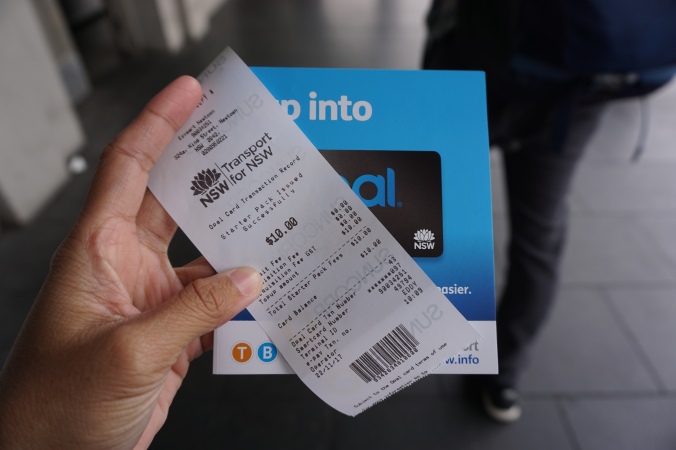 For roaming around Sydney, we got ourselves an opal card from a convenience store near our airbnb. The card was free, we just loaded it with an initial AUD 10 balance and topped it up on the train station every time we needed more credits. Peak hours cost more and once you have paid for 8 full rides within a week, your fare is 50% off for the rest of the week. We actually got to take advantage of this discount since we rode the train more than 8 times. You can read more tips about how to use the opal card here. 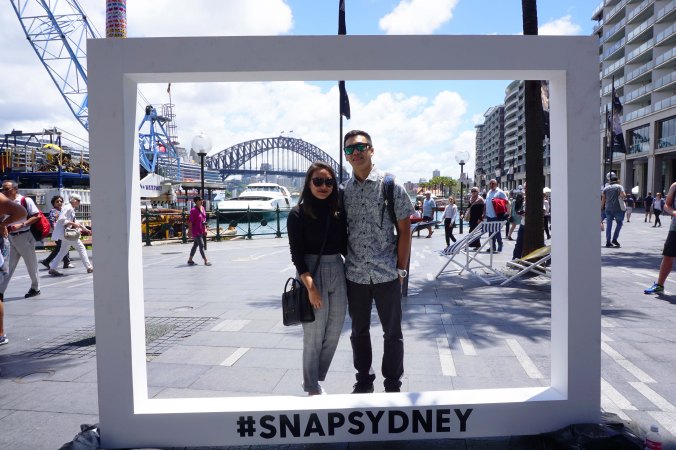 We bought lunch from one of the stalls at Circular Quay. My boyfriend loves avocado so of course he got himself a Prawn and Avocado Salad. I had fried Shrimp and we just sat around there, people watching. 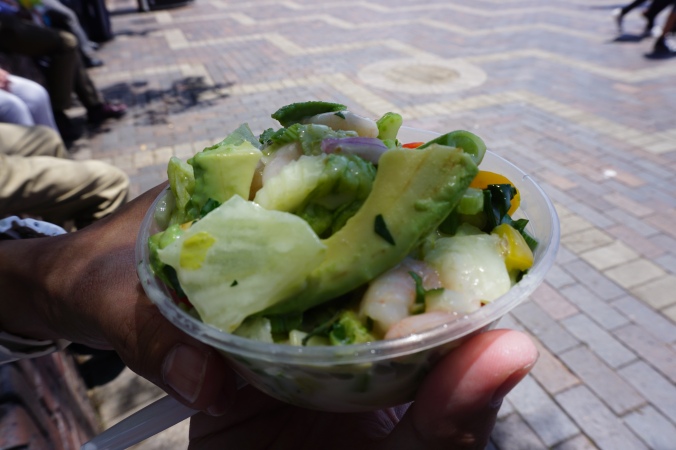 Beware of these birds though. One of them sneaked for a bite from our Avocado Salad! lol It really got a chunk from the bowl. We shooed them away but we saw another one of them eating bbq out of another tourist’s food. lol

Within Circular Quay is the Museum of Contemporary Art. It’s actually free to go inside but there’s tickets if you want to go in their special exhibition at the 4th floor. It’s nice to go there and witness the unique artworks that they have to offer. 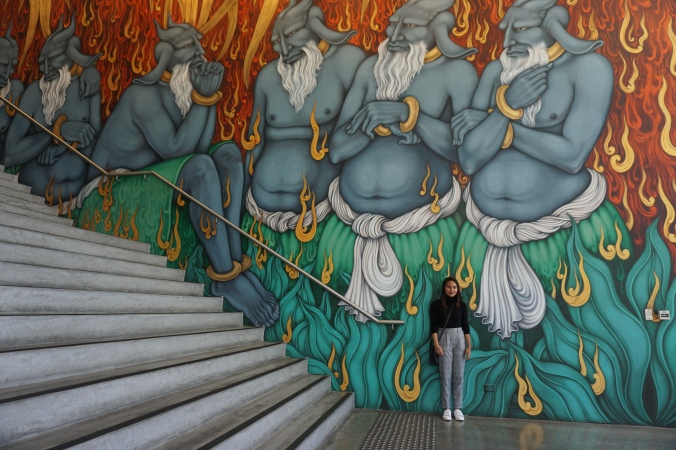 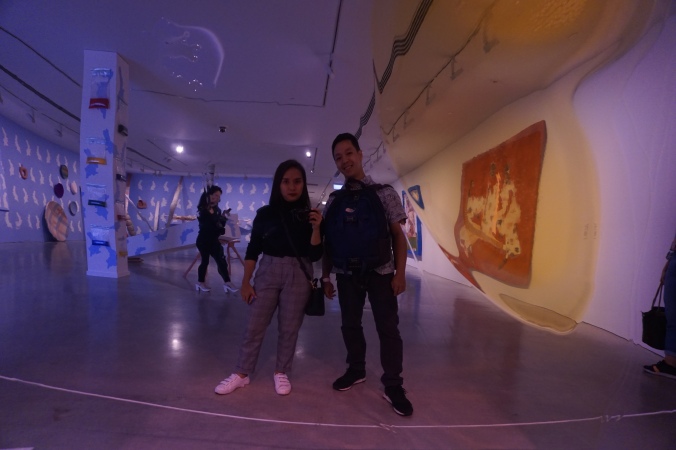 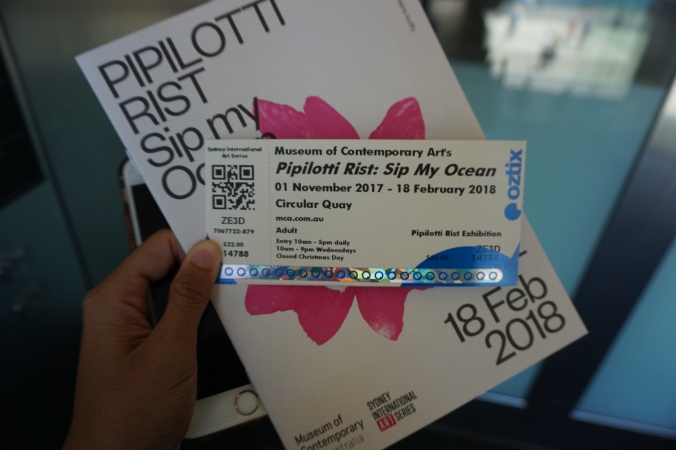 A few steps from the Contemporary Museum is The Rocks. It’s a neighborhood with cute shops and some markets. We actually got hungry because we only had salad and shrimp for lunch so we found this noodle place and ordered something Asian. lol

Next on our list was the Darling Harbour, which was a few train stops away from Circular Quay. From the train station, we had to walk for quite a bit before we actually reached the actual harbour. This area was nice. I love the view there plus there were a lot of restaurants around and the place felt very lively.

We ended our day with this view. ❤ 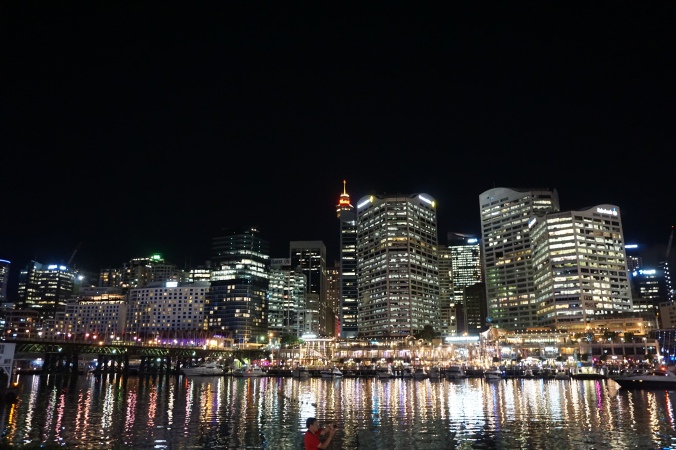 Okay this building was so pretty on the inside! We actually didn’t intend to visit here but we did because it was where we transferred stations from the train to the bus to Bondi. The shops weren’t opened yet when we were there but if you have the time, this place should definitely be in your itinerary! 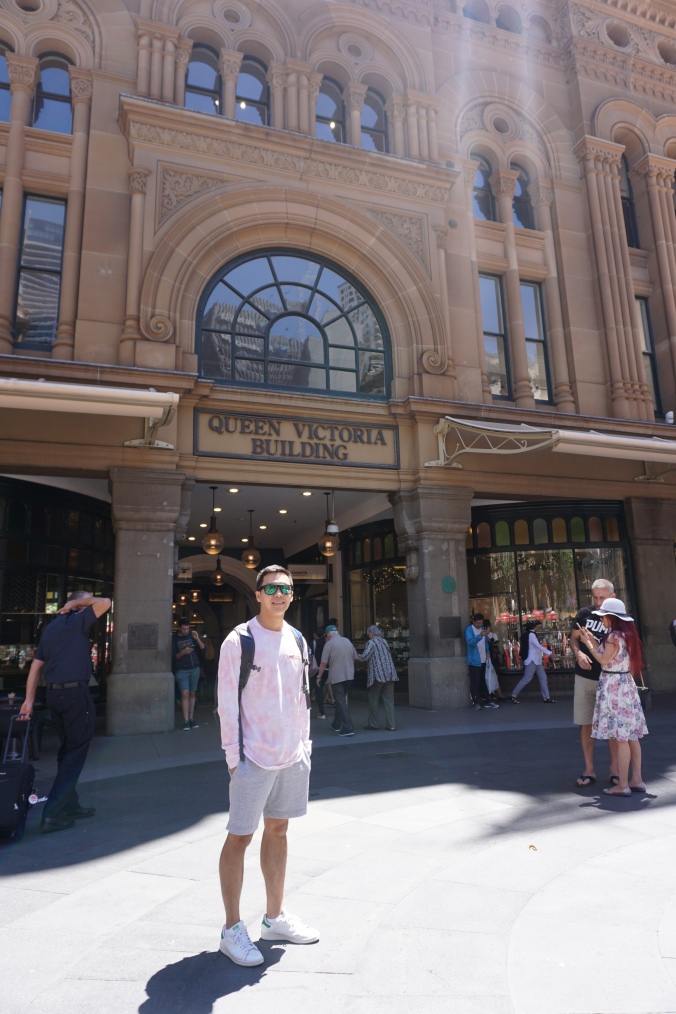 I don’t think Bondi needs an introduction. The beach was perfect but I just wish I brought some swimwear. lol You see, shopping malls normally close at 5pm in Australia except for Thursdays, where they close at 9pm. We wanted to go shopping that day because it was a Thursday so we only stayed for a few hours in Bondi so that we can go to a shopping mall after. lol 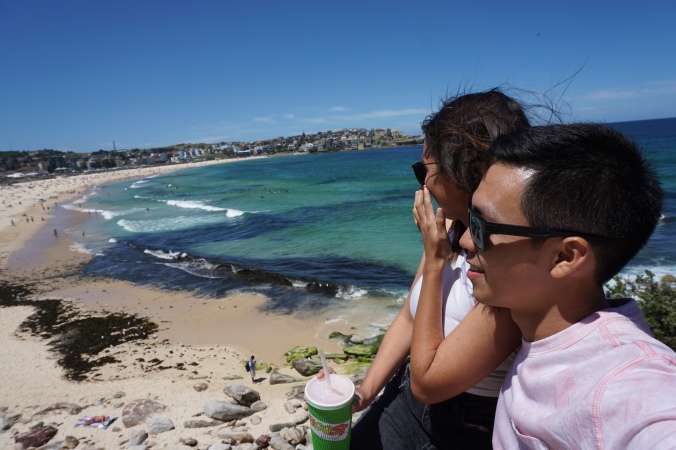 I swear, I will bring swimwear the next time I’m here! 😉 Also, we saw a lot of boobies. lol 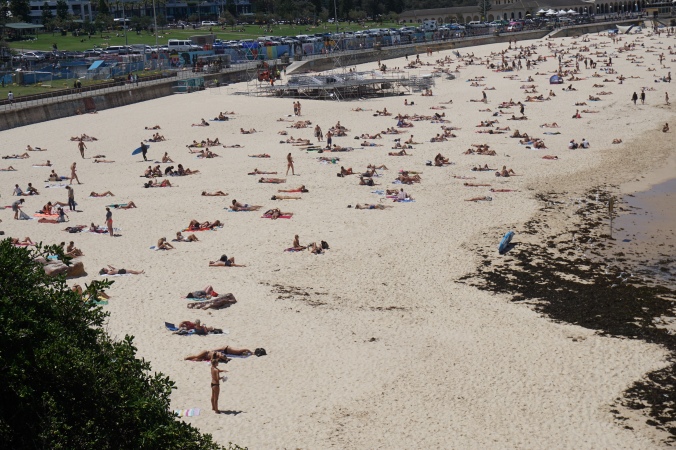 He was boobie hunting I suppose. 😉 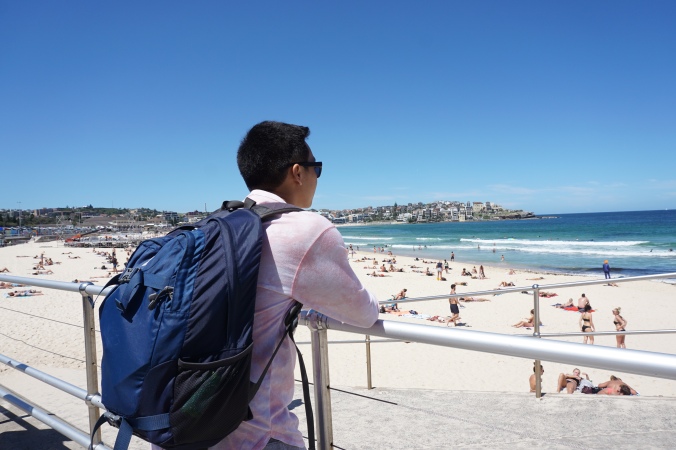 This is probably the cutest place the I have ever been in my life. I feel like this place is so Australian. lol 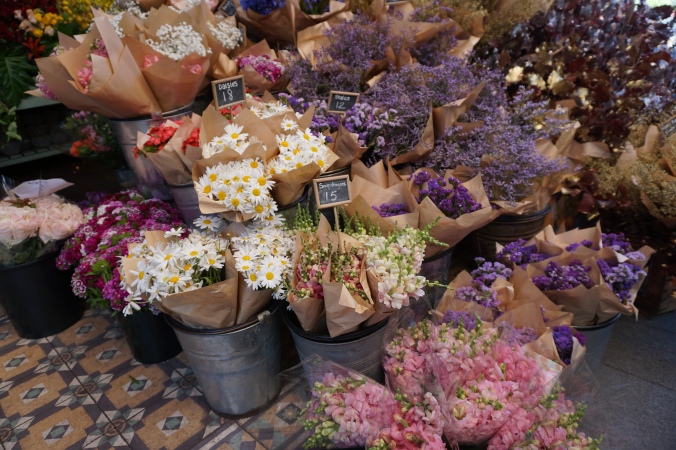 I had some healthy looking salmon and Vim had some chicken. 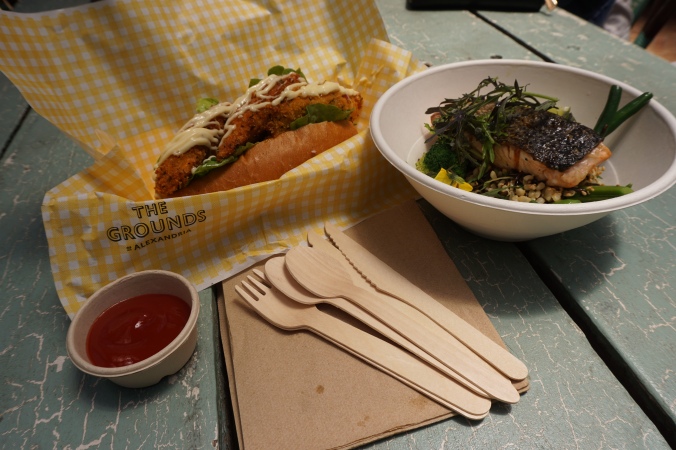 Okay so I don’t drink soda but I had to order this because it was super cute! I ended up not finishing this one but it’s super worth ordering because of its cuteness! lol

Finally, someone offered to take a photo of us! lol

We still had credits in our opal card so we just used it and visited the Opera House once again before our supposed-to-be flight to Gold Coast that night.

Our three days in Sydney was super duper fun! We actually ended up staying another night in Sydney at a hotel near the airport because our flight to Gold Coast was cancelled. LOLS We weren’t very lucky in all our flights in this whole trip actually. We finally flew to Brisbane the next day (because all the flights to Gold Coast were full) and we just travelled another hour and thirty minutes by train to the Gold Coast. It was a super tiring experience but it was all good. All the stress, they were all gone once we got to what became one of my favorite cities in the world, the Gold Coast. That’s what I’m going to write about next! ❤

2 thoughts on “First Timers in Sydney”