Everyone should visit Iceland at least once in their life. It’s definitely a one of a kind place to visit because a lot of it is still very raw and untouched. While I may have only been to the touristy spots, I was still very amazed at how beautiful Iceland was.

We spend around six days in Iceland on December 2018 and although the daylight was very limited, it was still a great time to visit with all the snow and the Christmasy feel. I would love to go there again in the summer though to see how Iceland looks when it’s green. Here’s a little video of our almost week-long trip. Still very noob at editing, so don’t expect too much lol

Arrival at the Airport

We took a Wow Air Flight from Copenhagen to Iceland. As we were about to land, the view was out of this world. 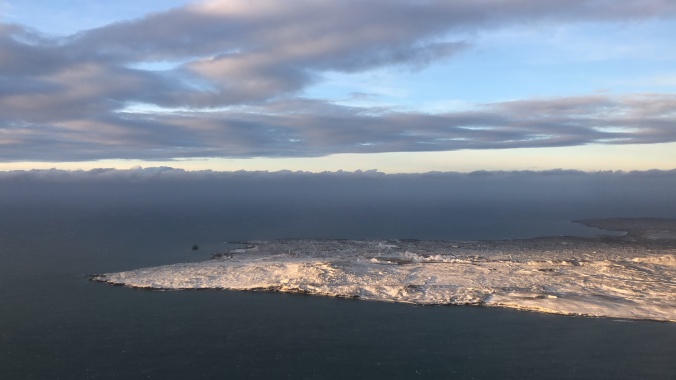 Reykjavik is around 45 minutes from the airport so unless you are renting a car, you will need to ride a bus to the city. Taxis are out of the question because they will be super expensive. We already booked our Airport Transfer Tickets ahead of time but booking during arrival is very easy. Right when we got out of arrivals, we saw both the stalls of Airport Direct and Flybus. We got our tickets from Flybus online because our airbnb host recommended it to us. I also think that they have more customers than Airport Direct but I can’t tell for sure.

We were a little hungry when we arrived so we just bought food at the convenience store in the airport. We weren’t shocked that their bottled water was very expensive but good thing Dunkin Donuts offers free water for their customers. lol We just leeched our way to save money. lol! Below are also some photos that I took of the food that they were serving and its corresponding prices. 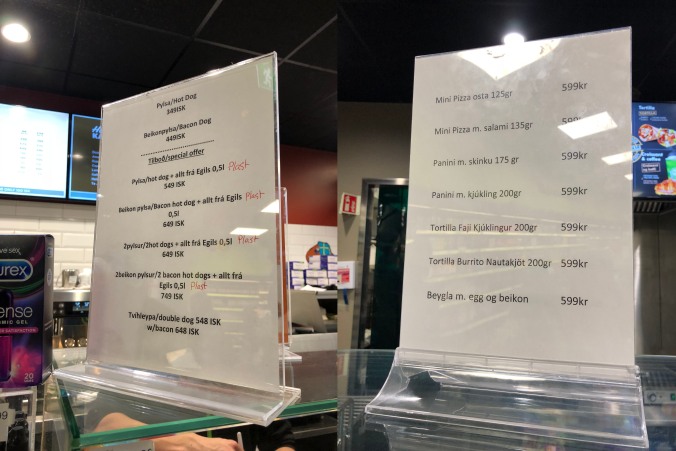 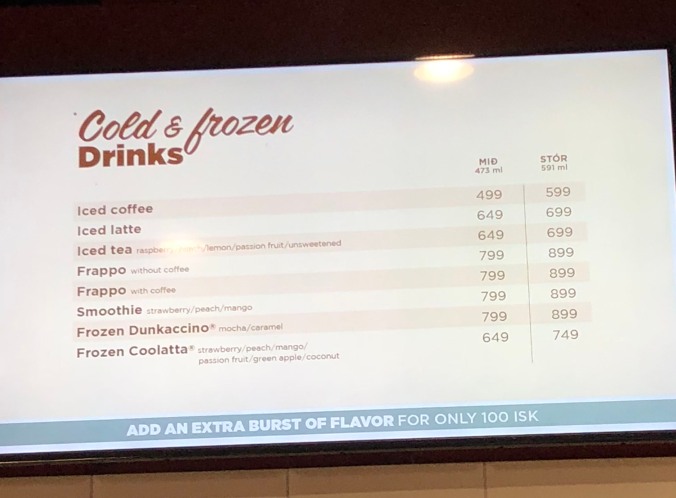 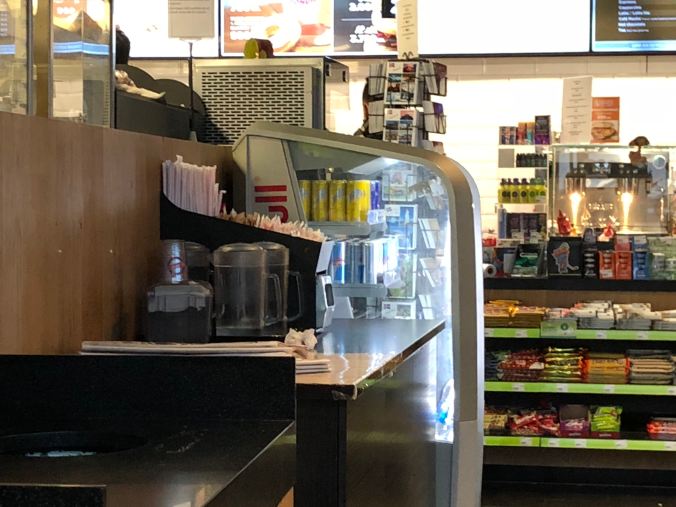 Anyways, we booked the Flybus+ ticket which includes a drop off to the nearest stop to our airbnb. You may choose between just being dropped off at the BSI Terminal or to the designated drop off that’s near your hotel in Reykjavik. This was my first feel of the cold Icelandic weather. lol I could not wait to get in the bus. 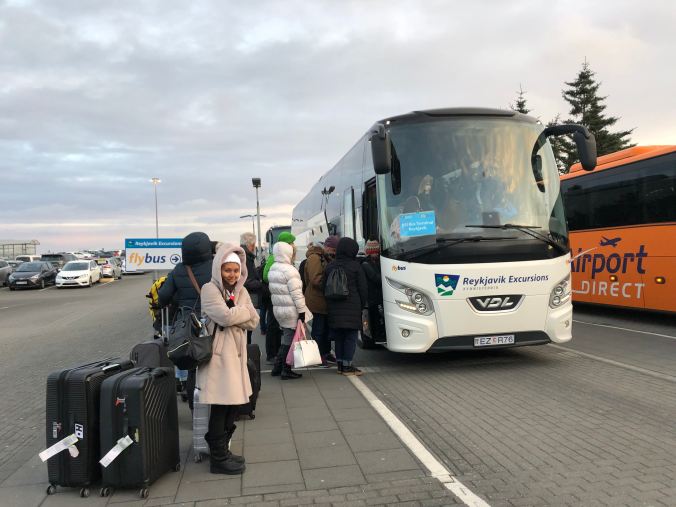 Where We Got Icelandic Krona

We weren’t able to find a money changer in Cebu which carries Icelandic Krona so we just had our money exchanged when we arrived in Iceland. There is a money changer in the airport and even though we can pay through credit card in almost all the stores in Iceland, we still preferred to have cash just to be sure. The money changer is just a few steps on the left when you get out of arrivals. 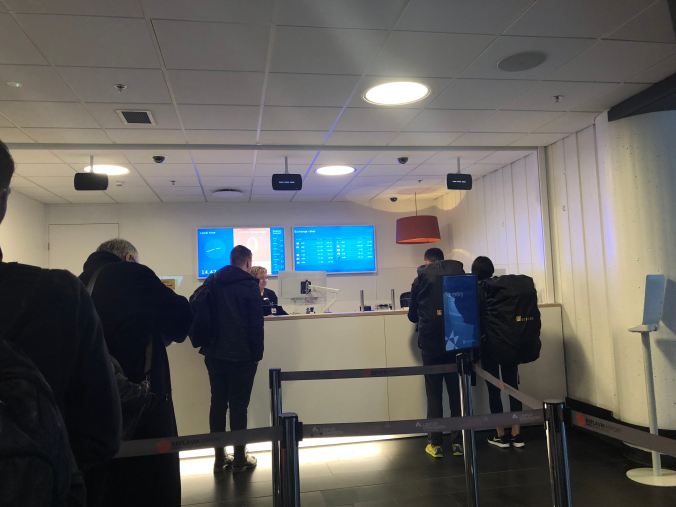 We were asked to choose between getting a currency card (it’s like a debit card with cash inside) or purely cash. We had our money exchanged into half pure cash and half currency card. We got the currency card because of the perks and discounts which we were able to actually use while in Iceland. It comes with a few discounts on retail stores and restaurants so it’s definitely a nice option. You may exchange it back to Euro/USD if you still have remaining money in it after your trip.

It’s common knowledge that Iceland is expensive and so I was very happy that I was able to convince my sister and her sister-in-law to come with us to Iceland. That way, we were able to book a one bedroom apartment which was already good for 4 people. We booked this decent airbnb apartment near Hlemmur Square which cost us around USD 175 per night. There were some issues with cleanliness and the apartment was on the third floor so we had to carry our huge luggages up the stairs but other than that, we had an amazing stay.

We spent two extra nights in Iceland alone with my boyfriend because my sister left Iceland 2 days before us. We transferred to a nearby airbnb which was a shared apartment. It didn’t feel like a shared apartment though because the owner had her own entrance which was always closed but it was damn expensive. We paid around USD 115 per night but Iceland is expensive so again we were not surprised. There are also a few other options for accommodation in Iceland. You may try hostels but if you have the budget, there are plenty of hotels too.

How We Went Around

Transportation is one of the important things that you need to plan ahead when travelling to Iceland because again it’s expensive. You may either rent a car or do tours and believe me, I searched the whole web for pros and cons from people who have been there. At the end of the day, it will really depend on which is more convenient for you and which factors you’re willing to give up. It will depend on some factors like where you’re staying, the sights that you want to visit, how long you’re staying or if you’re in a hurry.

We visited on December and neither of us live in a snowy place so we were afraid that we could not drive in the snow so we just chose to book tours. It may be more expensive, but we were able to rest while on the road. If you want to just sit back and not worry about anything, group tours are the way to go but it’s scheduled so you will have limited time per attraction. The good thing about it though is that you get to see more sights. I think if you drive on your own, you may lose track of time and not see a lot of sights compared to group tours. The bright side to driving by yourself if that you’re in charge of your own time. So again it really depends on what your group wants to achieve.

Within Reykjavik, we were able to try to ride a taxi and their buses but most of the time we just walked. We just rode the taxi when we could not take the cold and the taxi was cheaper than the bus because there were four of us. On our last two days, we roamed around the city and went to the zoo. We took the bus most of the time. This guide was super helpful –  Iceland Public Transportation Guide. 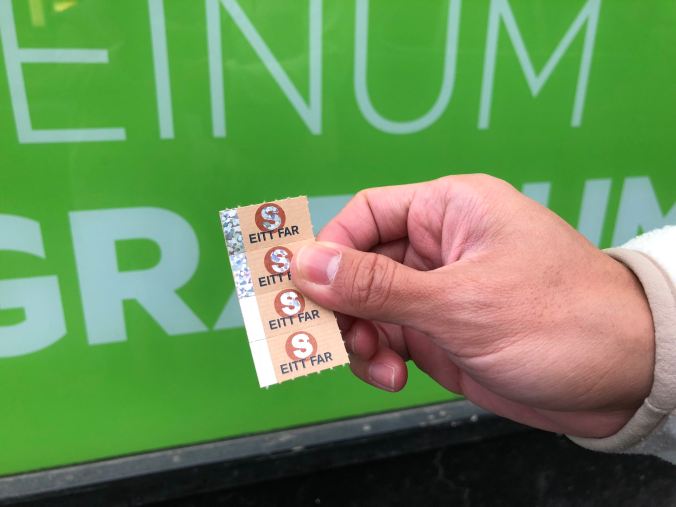 I broke down our itinerary into small blog posts to shorten this one. Click on each link to check out what we did in Iceland!

I’ve made a separate post on the Cheap Places to eat in Reykjavik. Check it out here!

Iceland was definitely one my favorite countries in the world. It’s not just all hype, it is really a must visit!